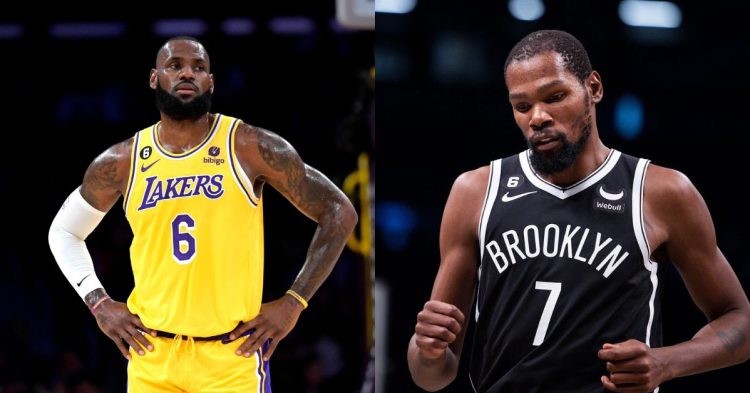 The NBA has become exciting once again as the Los Angeles Lakers prepare to face off against the Brooklyn Nets tonight. Both these teams have struggled to get back to their usual winning ways. The Lakers currently have a record of 2-10 in the 2022-23 NBA season. Their season has been quite disappointing and it seems like many are calling for the team to get some talent on the roster.

On the other hand, the Brooklyn Nets have also found it hard to make use of the talent they have on the team. Despite having a big three of Kevin Durant, Ben Simmons, and Kyrie Irving, the Nets have had a rollercoaster of a season so far. To make things worse, the franchise has suspended Kyrie for the last 4 games. Nets owner Joe Tsai has recently revealed that he met with the player to resolve the controversy regarding anti-Semitism.

According to various reports, both teams might be missing key players who could be the game-changer for their sides.

As we all know, LeBron James has recently picked up an injury. The 4x NBA champion had to leave the game against the Los Angeles Clippers a few days ago early.

At the time, the Lakers head coach Darvin Ham mentioned that they would have to evaluate his health before commenting on the injury. He later gave an update on LeBron’s injury. LeBron is currently dealing with an adductor injury, which is the part that makes up the inner thigh. The Lakers star has injured it on his left leg.

Although he claimed initially that King James will be missing two games, the Lakers have upgraded the 37-year-old to day-to-day, reports say. Together with him, Anthony Davis is also doubtful for the game against the Nets tonight.

LeBron James has been upgraded to doubtful for Sunday’s game vs the Nets, per the Lakers

The Brooklyn Nets will be missing a key player as well. As we all know, Kyrie Irving remains suspended by the franchise for the anti-Semitic controversy. The New York-based franchise has not disclosed when Kyrie will be returning just yet.

As we all know, the Lakers have been struggling this season, and so are the Nets. However, the Nets have done quite well in giving out opportunities to youngsters in Kyrie’s absence. The last time Irving played was against the Chicago Bulls.

Since then, the Nets have won 5 out of 6 games. They have gotten past the likes of the Washington Wizards, Charlotte Hornets, New York Knicks, and the LA Clippers. Against the Clippers, Kevin Durant led the team to victory, together with Seth Curry, who took over the game in the 4th quarter. Considering the fact that LeBron might be absent for the game tonight, the Nets might walk away with a win.
Tags: Brooklyn NetsLeBron JamesLos Angeles Lakers
Previous Post