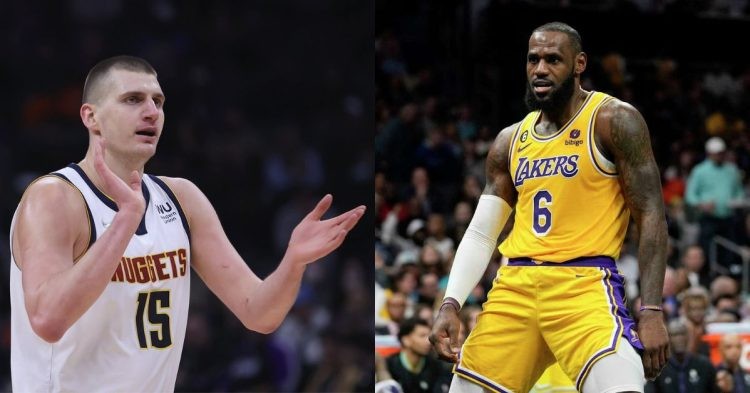 LeBron James and the Los Angeles Lakers will travel to the Ball Arena to face the Denver Nuggets tonight. The Lakers have been on fire lately with five straight wins. In the absence of Anthony Davis, the Lakers have looked shaky at times but managed to get the job done.

The Denver Nuggets, on the other hand, sit comfortably at the top of the Western Conference table, together with the Memphis Grizzlies. They have had quite the season, and we can surely expect to see them in the playoffs this year. With that said, let’s take a look at the teams’ injury reports and expected rosters ahead of the game tonight.

Even haters would have to admit that the 17-time NBA champs have recently done well despite their injury woes. Anthony Davis is sidelined with an indefinite return date and LeBron James has been in and out of the starting roster this season.

Lakers injury report for Monday’s game in Denver, where LAL will be looking to extend its winning streak to six games: pic.twitter.com/EJBEgLadU2

The 4x NBA champion has had troubles with his right adductor and left ankle for a while now, and it looks like it hasn’t been solved yet. According to the Lakers’ status report, it looks like he has been experiencing some soreness in his left ankle, which has been the case for a few weeks now. Along with LeBron, Russell Westbrook is on the report. He is probable as well, with left foot soreness.

Can the Nuggets take advantage of the Lakers’ injury woes?

The Lakers seem to have a star-studded injury report lately. Austin Reaves and Lonnie Walker IV have been decent for the franchise this season. In their absence, Thomas Bryant and Dennis Schroder have surely stepped up. When these two teams faced in December 2022, the Lakers took won the game 126-108. King James was the star of that game with 30 points and managed to take the win despite Nikola Jokic’s double-double.

We can expect the same to be the case tonight, mainly because of the Lakers’ recent form. Confidence seems to be sky-high in the Lakers locker room and that will surely play a role as well. However, the Nuggets’ abilities should not be underestimated. Jamal Murray and Aaron Gordon will help Jokic to put up a good fight but we can predict that LeBron and Schroder might get the job done for the Lakers.