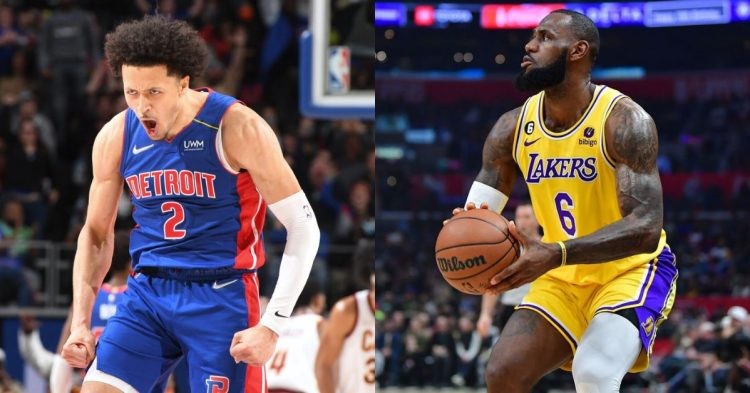 The Los Angeles Lakers have been enduring a hard time in the NBA in recent times. The 17-time NBA champions have not been able to taste the usual success after winning the championship in 2020. In addition to that, the Lakers had also missed the playoffs twice in a row in the last two seasons. The franchise’s fans came into the 2022-23 NBA season assuming that there was some light at the end of the tunnel.

The California-based franchise has won just 3 of its games and has lost 10. It is not likely of the Lakers we all have known over the years. To make things for the franchise this season, they have been missing key players like LeBron James and Anthony Davis for a few games as well. Will it be the same case for their game against the Detroit Pistons tonight?

As we all know, Lakers superstar LeBron James has missed the last two games for the team. The last time he played was against the LA Clippers. In his absence, the Lakers lost to the Sacramento Kings and won against the Kyrie Irving-less Brooklyn Nets. Anthony Davis was the star of that show, after putting up 37 points and 18 rebounds on the board, despite his recent injury scares.

LeBron James has been upgraded to questionable for Friday’s game against the Pistons, per the Lakers.

The injury update from the Lakers head coach Darvin Ham mentioned that King James would only miss 2 games for the team. The reason for his absence would be a left adductor strain. However, his return has not been confirmed just yet. According to reports, James is only upgraded to questionable for the game against the Detroit Pistons tonight.

The Lakers’ opponents tonight have a good team as well. With players like Cade Cunningham, Bojan Bogdanovic, and Jaden Ivey, they surely have what it takes to snatch the win from the Lakers tonight. However, unfortunately for the Pistons fans, Cade Cunningham will not play in the game today, due to soreness in his left shin.

Can the Lakers continue their winning run against the Pistons tonight?

The Lakers have only won 3 games this season, and one of them has come against the Brooklyn Nets in the last game. Although it may not be that impressive for fans since the Nets did not have the handles of Kyrie Irving at their disposal, the New York-based franchise was still in decent form. The win against them would have meant that the Lakers might be high in spirits.

The 2020 NBA champions surely go into tonight’s game as the favorites, mainly because of their star-studded roster. However, they would have to keep Bojan Bogdanovic and Jaden Ivey at bay. The latter’s pace might be a serious problem for the Lakers defense. The last time these two teams faced was in November 2021, when the Lakers took the win. Can they do the same this time as well?