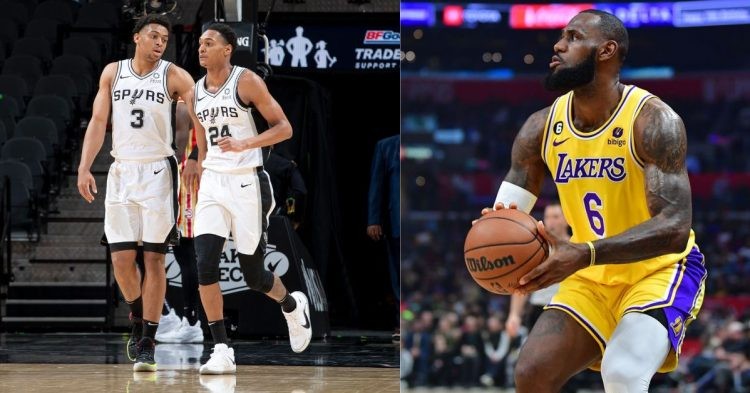 The Los Angeles Lakers will face the San Antonio Spurs tonight. Despite the absence of LeBron James, the Lakers are finally holding their heads a little bit higher. After all, they are on a two-game winning streak largely due to back-to-back dominating 35+ points performances from Anthony Davis.

This sudden change and transformation in AD is well overdue and could not have come at a better time. It would definitely bode the Lakers well to start getting some wins. Especially when the King is rehabilitating his injuries. They will be facing the San Antonio Spurs tonight, a team with a current record of 6 wins and 11 losses.

As we speak, the Spurs are only a single spot ahead of the Lakers in the Western Conference. Therefore, getting a win over them now will certainly help the Lakers if they wish to contend in the NBA postseason. We should wonder about which players will be playing on both sides and what is to be expected from this game.

Some NBA fans might already be aware that the King is currently injured. He appeared to pull something in his groin area during the game against the Los Angeles Clippers. Since then, he has not stepped on an NBA court and merely watched from the sidelines.

In that time span, the Lakers managed to defeat both the Brooklyn Nets and Detroit Pistons. Several players stepped up with Anthony Davis to get the Lakers these wins. With that being said, here are the injury reports and expected rosters for both the Lakers and the Spurs.

As we can see, both LeBron James and Anthony Davis are on the injury report for the Los Angeles Lakers. However, the King is completely listed as out. On the other hand, both AD and Juan Tuscano Anderson are listed as day-to-day.

Davis will certainly be expected to play. After all, the Lakers are a better interior and defensive team with him on the court. Finally, let us take a look at the expert picks and predictions for this game.

Anthony Davis and the Lakers will be favored over the Spurs

The Lakers should be a clear-cut favorite in this match despite having a worse record. After all, they certainly have a lot more star talent and championship aspirations to back it up. They also know there is an uphill battle to be fought this NBA season.

Therefore, a win against the young and rebuilding San Antonio Spurs should almost be guaranteed. There should be almost no way for players like Keldon Johnson and Jeremey Sochan to defeat the Lakers. However, this is the NBA and we will never know until the finals moments.
Tags: LeBron JamesLos Angeles LakersNBASan Antonio Spurs
Previous Post