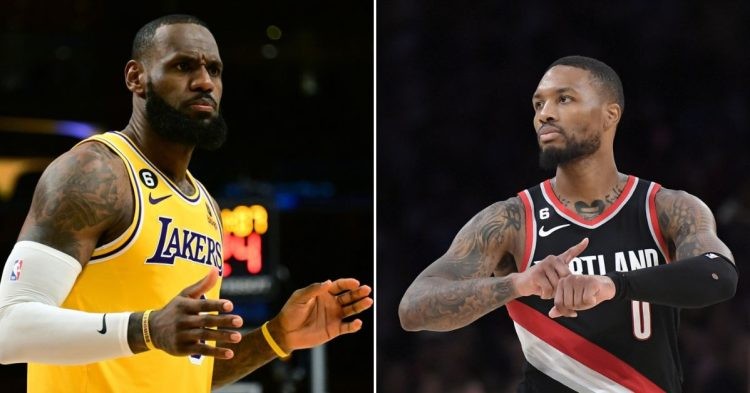 The Los Angeles Lakers are hosting the Portland Trail Blazers at the Crypto.com Arena tonight. It will be an exciting matchup for fans from both sides, mainly because of the stars that might feature in this fixture. The Lakers will aim to bounce back from the loss against the Indiana Pacers.

On the other hand, the Trail Blazers are looking to put an end to their losing form, after failing to win 4 out of their last 5 games. The game tonight will be a test for both sides, and it might let the world know that they could perform without their superstars. Unfortunately for basketball fans, both the Lakers and Trail Blazers have key players that will not play tonight. Let’s have a look.

LeBron James has been facing some trouble with injuries for a few weeks now. Earlier, he was on the sidelines for a while due to an Adductor injury. Despite a positive update from head coach Darvin Ham, King James sat out for most of the Lakers’ winning form. When he returned, he put up 39 points on the board against the San Antonio Spurs, after helping prevent a brawl involving Russell Westbrook.

LeBron is probable for tomorrow, but not with his ankle injury. Still that adductor strain pic.twitter.com/bixgW8pjLA

According to reports, LeBron is still feeling the strain in his adductor. Considering the fact that it has given him several problems in recent times, could it be a serious injury? The Lakers superstar accidentally stepped on Indiana Pacers’ star Tyrese Haliburton’s foot, which caused him to feel uneasiness in his ankle. However, his adductor strain seems to be the bigger problem.

As we all know, the Trail Blazers will be missing a key piece of the puzzle, Damian Lillard. Dame would not feature for the team tonight against the Lakers. However, it seems like he’s looking to return to the NBA very soon.

Can the Lakers take advantage of Damian Lillard’s absence?

As mentioned earlier, the Trail Blazers will not have the services of Dame tonight. This automatically reduces their chances to take the win tonight. The main reason for that would be Lillard’s skill and ability. With that said, there is a way that they could get the better of the Lakers. In the last game against the Pacers, the California-based franchise endured a disappointing loss.

For those who don’t know, the Lakers had a 17-point lead with just 10 minutes left on the clock for the game to end. It seemed like a LA win at that point. However, the Pacers shocked them by outscoring the Lakers 32-14. That was the win wrapped up for the Pacers as the game ended 115-116. This is something the Trail Blazers can take advantage of.

The Lakers have displayed their defensive loopholes to the NBA this season, especially in the 4th quarter. It seems like they struggle to defend as a unit and as a team. Unless their opponents can use this opportunity and wait for the right opportunity to pounce on tonight, the Lakers will remain the favorites. If LeBron and Anthony Davis are absent, Lonnie Walker IV might step up for them, together with Austin Reaves.