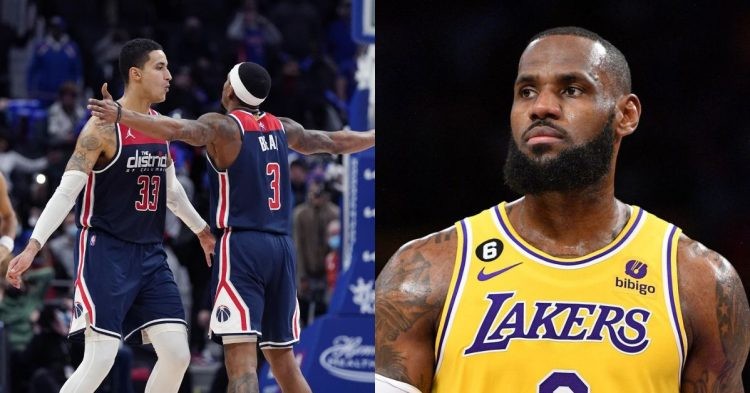 The Los Angeles Lakers will be facing the Washington Wizards at the Capital One Arena tonight. It will be one that Lakers fans are looking forward to, especially since their team has been performing decently in recent games. In their last game, the Lakers beat Giannis Antetokounmpo-led Milwaukee Bucks 129-133. Despite a 40-point game from the Greek Freak, the California-based franchise took the win.

LeBron James and Anthony Davis were the stars on the night. They put up 28 and 44 points on the board respectively. However, that might not be the case against the Wizards tonight, mainly because of how injury-prone both of these superstars have been so far this season.

According to reports, both LeBron James and Anthony Davis are listed as day-to-day for the Lakers. However, fortunately for the Lakers fans, AD is probable and will most likely feature for the franchise tonight despite having a minor back injury. The story has been the same for him. Injuries have not been kind to him over the years, and it has been the case for Davis since that 2020 NBA championship.

Game status for tomorrow vs. Washington:

However, they might not have the services of King James on the night. Reports mention that his ankle soreness has not gotten better since stepping on Indiana Pacers star Tyrese Haliburton’s foot a few days ago. The 37-year-old is listed as day-to-day and is questionable for the game tonight against the Wizards.

On the other hand, the Washington Wizards have a few injuries to their players as well. Both Rui Hachimura and Delon Wright are out for the game tonight. The Wizards players are dealing with ankle and hamstring injuries respectively.

Can Kyle Kuzma help the Wizards get the better of his former team?

As we all know, Kyle Kuzma is one of the stars of the Wizards team. Along with Bradley Beal and Kristaps Porzingis, Kuzma has played a crucial role in the Wizards’ 11-12 record this season. However, one must admit that they can do much better, given the talent on the team. Will they be able to get the better of the Lakers tonight?

The Lakers seem to be in good spirits after beating the Bucks in the last game. And the Wizards are coming off a disappointing 1-point loss against the Charlotte Hornets in the last game. The last time these two teams faced was in March when the Wizards took the win after the game ended 119-127. If LeBron manages to pull through despite his injury, the story might be a little different this time around.

It might be safe to assume that the Lakers have better chances to win given AD’s recent form, but can he keep it up tonight as well? They would have to limit Bradley Beal’s movement in the paint, as he has been the main scoring option for the Wizards this season. Together with that, the Lakers will also have to make sure they keep an eye on Kuzma, as well as Kristaps, as both these players can become hot on the court at any moment.