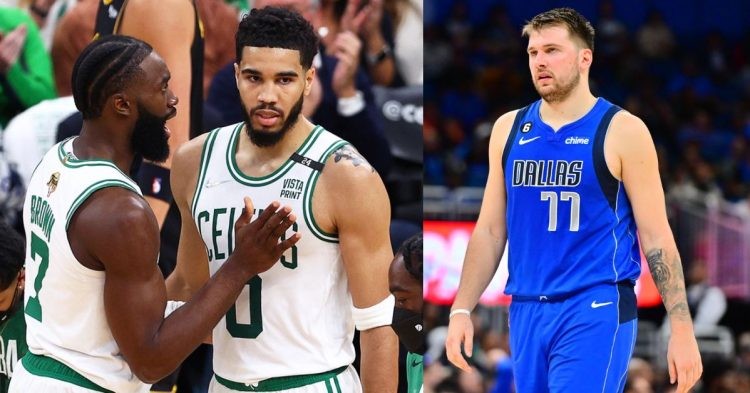 Luka Doncic and the Dallas Mavericks will be taking on Jayson Tatum and the Boston Celtics tonight. Both these teams are during quite well at the moment. The Celtics sit atop their conference with a record of 26 wins and 12 losses. On the other hand, the Mavericks are positioned 4th in the Western Conference at 22 wins and 16 losses.

Considering that both these teams have players that are currently in the MVP conversation, this should make for an exciting match. Fans must be interested in knowing the injury reports and availability status for players from both sides. Having a picture of the expected rosters and general predictions is also useful.

Luka Legend has been absolutely sensational over the past few games. By doing so he has proven doubters wrong. He will be looking to put on a show against the top team in the Eastern Conference and the entire league, the Boston Celtics.


We all remember that Jayson Tatum, Jaylen Brown, and the Celtics fell a few games short to the Golden State Warriors in the NBA Finals. This season has been a revenge season for them with Tatum being included in the conversation for league MVP due to his performances.

Tatum and the Celtics will be looking to slow down Luka Doncic and prevent him from having yet another historic scoring performance against them. That said, here are the injury reports and expected rosters for the Celtics-Mavs game tonight.

As we can tell, the Mavs are missing both Dorian Finney-Smith and Maxi Kleber. These two players have been starters on the roster. On the other hand, Boston is only missing Danillo Gallinari. Finally, let us look at the expert predictions for this game.

Luka and the Mavs will be slightly favored over the Celtics

This is an extremely difficult prediction to make. Both teams have a solid amount of star potential and a bright future. However, the Mavs are currently on a 7 game winning streak, behind Luka’s incredible performances. On the other hand, the Celtics are on a rare 2 game-losing streak.


Nonetheless, this is expected to be a very close and competitive match. Tatum and Brown will clearly be the more experienced duo on the court. However, we are still siding with the Dallas Mavericks in this game.