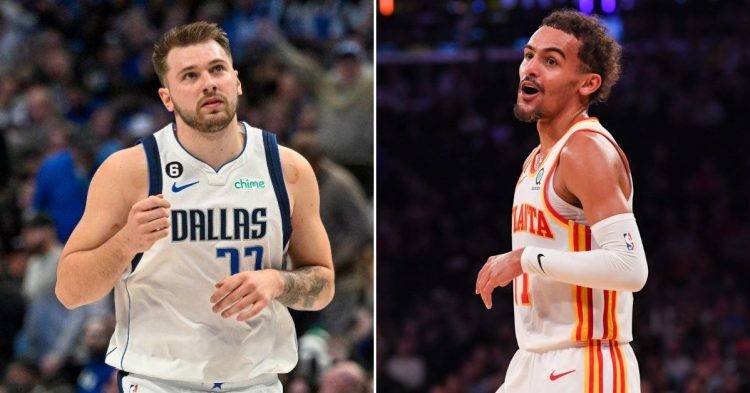 The Dallas Mavericks are playing against the Atlanta Hawks tonight in yet another exciting matchup. The Mavs are coming off a series of losses after bowing to the Portland Trail Blazers twice in a row. Their aim will be to take the win tonight against Trae Young and Co. The Hawks, on the other hand, are currently on a winning streak that stretches to three games. It would be safe for us to assume that they aren’t willing to let go of that as well.

Both of these teams have two of the best young players in the league; Trae Young and Luka Doncic. These hotshots have been the standout performers for their team, performing night in and night out. That has proven to be an issue for the Mavs, especially now that Luka looks to be burning out with injuries. Luka’s presence for the game tonight remains a question mark, mainly because of his fitness levels.

Luka has undoubtedly been the Mavs’ best player this season. He is averaging 33.8 points, 9.0 rebounds, and 8.8 assists as well. With that said, his absence will be duly noted as a key figure in their offense will be missing for the Mavs. For the game against the Hawks tonight, Doncic is listed as probable with an ankle injury.

Along with him, Dorian Finney-Smith and Josh Green are questionable with adductor and elbow injuries respectively. Although Mavs will be delighted to know that Luka is most likely to feature, their injury woes continue for the other players.

Can Luka Doncic help the Mavs return to winning ways against the Hawks?

The Mavericks’ form has not been impressive in recent times. In Luka’s absence last game, the Mavs struggled to break the Trail Blazers down. But we can expect it to be different tonight with the fact that Christian Wood might also be starting the game tonight. Luka has not had a reliable partner so far this season, but Wood has proven to be a trustworthy teammate with decent performances at times, which is what the Mavs need tonight.

The Hawks do not have any injuries to their players, meaning their squad is at full strength. Their last game was on January 16, meaning the Hawks players have had a good amount of time to recover. This will play a pivotal role in their performance tonight as well. The Mavs will be aiming to limit Trae’s movement but will need to be careful about his shots from deep.

When the Mavs and Hawks faced last time out in February 2022, the former took a 94-103 win, thanks to an impressive triple-double from Luka Magic. Reggie Bullock also contributed in terms of scoring that night. With that said, the Mavs are slightly favored over the Hawks, and we can expect Luka to continue to put up some exceptional numbers as well, along with Trae, who will help the Hawks put up a good fight.