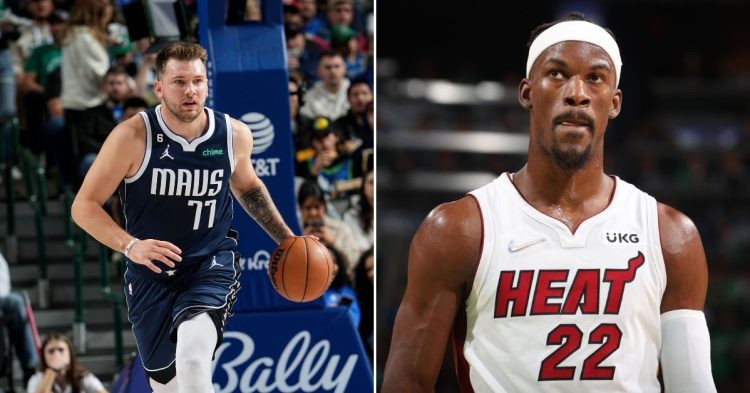 The Dallas Mavericks will be playing against the Miami Heat tonight at the American Airlines Center. The Mavs are coming into this game after three losses in a row. Luka Doncic missed two out of those games against the Portland Trail Blazers. He has undoubtedly been their best player this season, as the Mavs look to rely on him too much.

The Miami Heat have a record of 25-21 as they sit in 6th in the East. They are three wins behind the Cleveland Cavaliers who don’t look to be stopping anytime soon. Tonight’s game will be a must-win for both sides, as they look to move up the standings. The Mavs will turn to Luka at some point during the game, provided he features tonight. He has been having some troubles with injuries recently, raising doubts over his availability tonight.

Mavs fans will be delighted to know that their star player will play against the Heat tonight. Although Luka has appeared to be unwell in the past month, he has stepped up for the Mavs when they needed him the most. However, the NBA world has witnessed that it does not always work, as seen in recent games.

Christian Wood remains out for the game tonight, as well as Maxi Kleber and McKinley Wright IV. The Mavericks’ injury report that includes Wood shows that they might find it difficult against the Heat tonight.

Can Luka Doncic help the Mavs end their losing streak against the Heat?

The Mavericks came out on top when they played against the Heat in February 2022. Luka, Maxi, and Jalen Brunson were the stars of the show when the Mavs won the game 107-99. However, this time around, they do not look like a team that can defend and attack as a unit. Their defensive ratings have taken a drastic toll and it certainly means that the Heat will aim to exploit that.

We can predict Luka to have a good game tonight, as he has been this season. The Mavs might be slightly favored over the Heat, mainly considering the Slovenian’s presence. As the rest of the Mavs roster has been under heavy scrutiny for the lack of assistance they offer to Doncic, NBA fans will be keeping an eye out for his teammates tonight.