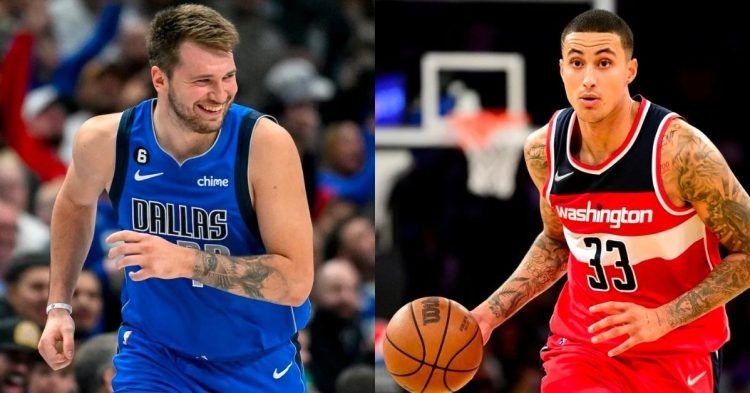 The Dallas Mavericks will be traveling to DC to play against the Washington Wizards tonight. Luka Doncic will be a player to watch from the Mavs roster, considering the phenomenal form he has been in this season. The Mavs are coming off a loss against the Los Angeles Clippers in the last game, and have a record of 25-23 this year. Luka was the star of that game, with 29 points and 10 rebounds.

The Wizards, on the other hand, have been in the headlines for the last few hours. They traded Rui Hachimura to the Los Angeles Lakers in exchange for 3 second-round picks and Kendrick Nunn. His absence from the Wizards roster will be huge, considering the fact that he put up 30 points against the Orlando Magic despite starting on the bench and playing only 30 minutes. Apart from his departure, the Wizards also have to worry about injuries suffered by their key players.

Mavs fans will be delighted to know that their star player will be available to feature against the Wizards tonight. He has faced a bumps in the road this season, appearing ill during a game even. The Mavs team has relied on Doncic too much this season, and it has not gone in their direction at times this year.

Kidd doesn’t give much elaboration on Wood except to say that his thumb is in a splint, “he’s doing great, hopefully he’s a quick healer” and that he will be re-evaluated sometime next week. I asked if it will be early or mid next week and Kidd said he isn’t sure.

Christian Wood and Maxi Kleber are listed on the Mavs injury report. Wood fractured his thumb during a game a few days ago, and his return date is still a question mark.

Can the Mavs take advantage of Kristaps Porzingis’ absence from the Wizards tonight?

Kristaps Porzingis has been one of the best players on the Wizards’ roster this season. He has averaged 22.1 points, 8.8 rebounds, and 2.4 assists this year. Considering the impact he has had on the Wizards’ success, his presence will be missed. Bradley Beal has not been able to replicate his usual numbers since returning from injury as well. The Mavs will aim to take advantage of the fact that the Wizards defense might be easy to break down without Porzingis.

The last time these two teams faced, the Wizards took a 105-113 win. Kyle Kuzma was the standout player of that game with 36 points and 11 rebounds. It would be safe for us to predict that he would have a good game against the Mavs once again.

The Mavs are also the favorites for the game tonight because of Luka. The Slovenian has been averaging 33.6 points, 8.9 rebounds, and 8.7 assists this season. He also made history with a 60-point game a while ago. Although it might not be a wise decision for the Mavs to rely on him once again, we can be sure that he will be the player to make the biggest impact tonight.