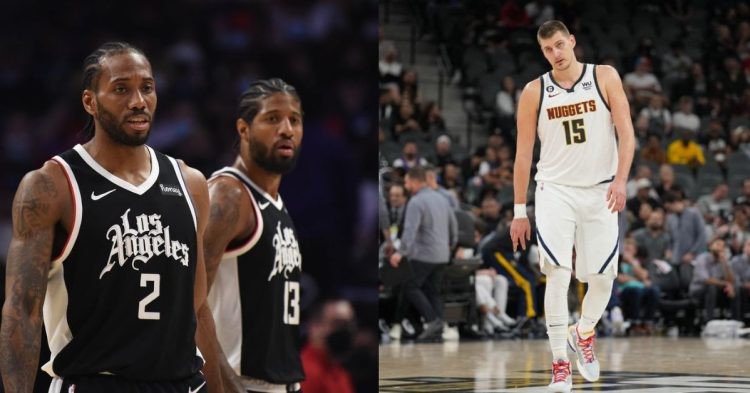 The Los Angeles Clippers will be hosting the Western Conference leaders, Denver Nuggets at the Crypto.com Arena. The Nuggets have an impressive 28 wins and 13 losses and have won 8 games out of their last 10. They will be looking to improve their chances against the Clippers by maintaining the status quo in the West.

Unfortunately, the Nuggets could be without their star man Nikola Jokic. The Joker has not missed a game yet due to his wrist injury. He comes into tonight’s game with a 21-point performance last time out against the Phoenix Suns. Let’s take a look at the injuries and expected roster of both teams going into the game.

Going into tonight’s game The Joker is listed as day-to-day and is questionable for tonight’s match-up. Jokic is suffering from a wrist injury to his right hand. He first injured his wrist in a pre-season game against the Oklahoma City Thunder, but the MRI testing revealed, “nothing sinister,” said by coach Michael Malone.

For more, check out @dklive throughout the day for the latest news, injuries and updates: https://t.co/900l7f1CIM pic.twitter.com/O1TzzWndcd

The Joker has missed 3 games this season for the Nuggets, however, his wrist appears to be bothering the Serbian. As for the Clippers, they could be without their star guard Paul George, who will miss tonight’s game due to a hamstring injury. Let’s take a look at the complete injury report and expected roster of both teams.

The Nuggets have enough personality on the court to take the win against the Clippers who are on a 4-game win streak. In the last game between the team, the Nuggets thrashed the Clippers 122-91. It is enough evidence to establish that the Nuggets are favorites going into the game.

The Clippers, however,  broke their 6-game losing streak against an in-form Dallas Mavericks side, 113-101. We cannot rule out the Clippers just yet, as they could push for a win and cause another upset. Let us know what you think will win in the Nuggets-Clippers game tonight.