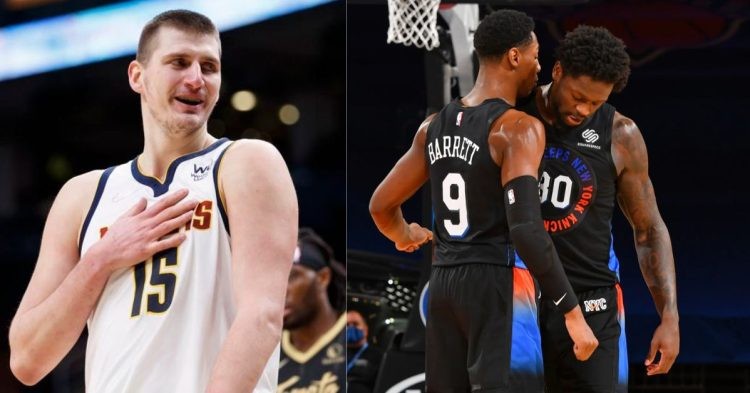 Nikola Jokic and the Denver Nuggets will face Julius Randle and the New York Knicks tonight. The Nuggets currently hold a dominant record of 9 wins and 4 losses. They will be looking to improve it against the Knicks, who are at 7 wins and 7 losses.

Unfortunately for fans of the Joker, his availability for this game is in question. We should wonder why he is likely to miss this game. Additionally, an understanding of the other players’ availability status is essential. That will help paint a picture of the expected rosters on both sides and the outcome of the game.

Most of us are quick to forget that we still live in a post-pandemic era. Although the heavier breakouts of Covid are largely gone, the disease itself is yet to be eliminated. Since players can be infected even if they are vaccinated, precaution and care should still be practiced.

It is still unclear if Jokic is suffering from Covid or something of similar nature. All we know is that he is completely listed out to miss this game against the Knicks. The Nuggets’ offense flows through the Joker and losing him will mean they are significantly weaker. Here are the injury reports and expected rosters for both the Nuggets and the Knicks.

Denver is coming off a win against the Chicago Bulls. Jokic did play in that game. However, he scored only 8 points in 28 minutes of action and clearly did not look like himself. Finally, let us take a look at the prediction for the Nuggets-Knicks game tonight.

The Nuggets have enough firepower to defeat the Knicks

Both Nikola Jokic and Aaron Gordon are expected to miss this game. Nonetheless, we believe the rest of the Nuggets squad has what it takes to defeat the New York Knicks tonight. This will certainly be a close match. However, Denver is still more talented and will be favored to win this game.

It is not impossible for the Knicks to make a solid push and surprise us by winning this game. After all, they are also coming off a win against the Utah Jazz, one of the top teams in the Western Conference currently. Therefore, it is completely possible for them to prove that they could take out the weakened Denver Nuggets as well. We look forward to this matchup tonight.