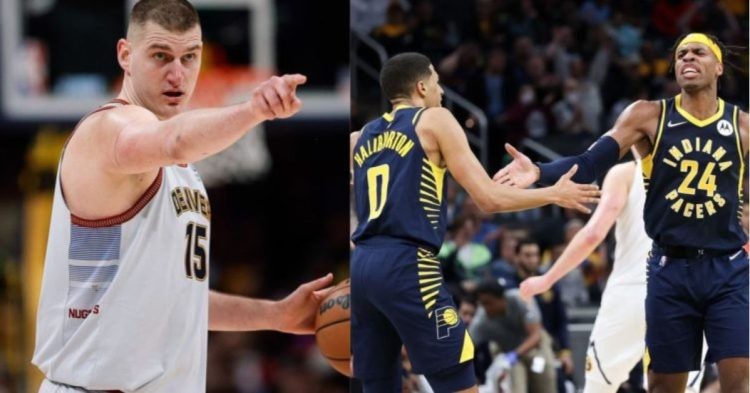 Western Conference top-seeded team Denver Nuggets will play against Eastern Conference struggling side Pacers on 21st January 2023. The Indiana Pacers are 9th in the East with a 23-23 record. They have suffered five straight losses and this would be the wrong time to face an in-form Denver team. Nikola Jokic and the Nuggets on the other have exactly the opposite record. They are on 8 games winning run and with Ball Arena crowd support, they might be looking to add W to their tally.

The Pacers recently had 3 heavy losses against OKC, the Bucks, and Grizzlies and also will be playing without their inspirational point Guard Tyrese Halliburton. The form of their experienced stars like Buddy Hield and Myles Turner is also a worrisome factor for the team. They are inconsistent with their performances in recent games and that has hampered Carlisle’s team dearly.

As far as the Nuggets are concerned, they are firing on all cylinders. With Jamal Murray back in the lineup, Denver Nuggets are routing the opposition with the best offensive rating in the league (117.8). C Nikola Jokic is the MVP favorite.

The Serbian superstar is performing at the highest level, yet again. He is averaging 25 points, 11 rebounds and 10 assists per game in 41 games played so far. He is leading the team in steals with a 1.4 steal per game stat-line. As far as the pacers game is concerned, Nikola Jokic is listed as questionable.

Arron Gordon and Michael Porter Jr. are also some important contributors to the Nuggets. But the addition of Jamal Murray raised their stakes in the league. Sadly though he suffered a foot injury and is listed as probable for the game.

The Nuggets are favored to take the win against the Pacers

The Nuggets had a narrow 3-point win in their first encounter with the Pacers back on Nov 22. Jokic led the team with 24 points, while Gordon and Murray chipped in with 18 points each. It was the Pacers’ home court and young star Haliburton was available for the game. Tyrese scored 21 points with 12 assists in the game, but the scoring load was carried by Mathurin, who added 30 points for the Pacers.

The nuggets mostly overcame the Pacers’ challenge in recent seasons. With their current lineups and form, it would be a very hard task for the Pacers to snatch a win.