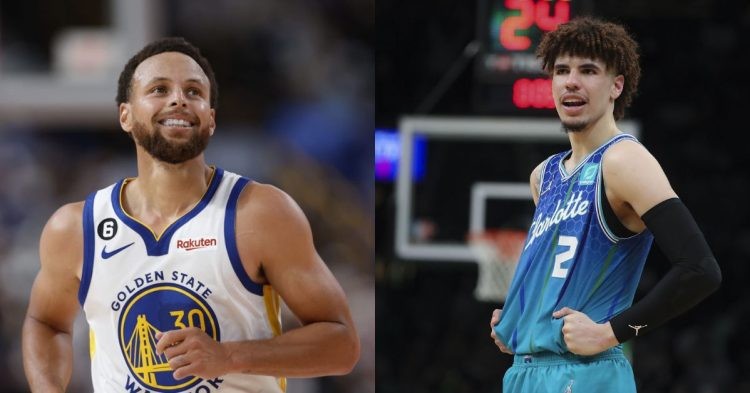 The defending champions Golden State Warriors have had a flying start to the 2022-23 NBA season so far. In 5 games, they have won 3 of them. They have only lost against the Denver Nuggets and the Phoenix Suns so far. It seems like we might be in for another classic Warriors season in the future, considering how in-form their players are. They will be facing the Charlotte Hornets tonight in what will be an exciting game.

On the other hand, the Charlotte Hornets have been shattering the low expectations that many NBA fans had for them. Michael Jordan’s team seems to be performing well after winning 2 out of 3 games so far. The two triumphs came against the Atlanta Hawks and the San Antonio Spurs. As we near the game tonight, let’s take a look at the injury report and expected roster for both teams.

The Warriors’ veteran player, Andre Iguodala has not played so far this season. The main reason for that would be his hip injury. Recently, he publicly revealed to the media that he is eyeing up a return and is nearing scrimmaging. However, he did not disclose the date and kept fans intrigued.

Andre Iguodala is nearing the point of scrimmaging. He has a target date for his season debut but doesn’t want to reveal it yet. Here is an Iguodala soundbite discussing it. pic.twitter.com/EQHwvL9EPy

Iguodala has been a strong pillar of the Warriors dynasty. He may not always have contributed with points or assists, but his leadership has always been vital for the 7x NBA champions. Together with Andre, Donte DiVincenzo is also out for the game against the Hornets tonight with a hamstring injury.

At the opposite corner, the Hornets are also missing their key player for tonight’s game. It is none other than the talented young superstar LaMelo Ball. He has been out for a while now and it seems like that will continue for tonight as well because of his ankle injury. In addition to Ball, Terry Rozier and Cody Martin are also out with ankle and quadricep injuries respectively.

Can the Golden State Warriors continue their winning form against the Charlotte Hornets tonight?

The Warriors will surely be looking for a win coming into the game. It is no secret that the defending champions are the favorites for the game tonight.

With Stephen Curry averaging 30.8 points, 6 rebounds, and 6 assists so far this season, the Warriors have a lethal weapon on their side. We can expect Curry to put in a shift against his dad Dell Curry’s former team.
Tags: Charlotte HornetsGolden State WarriorsStephen Curry
Previous Post