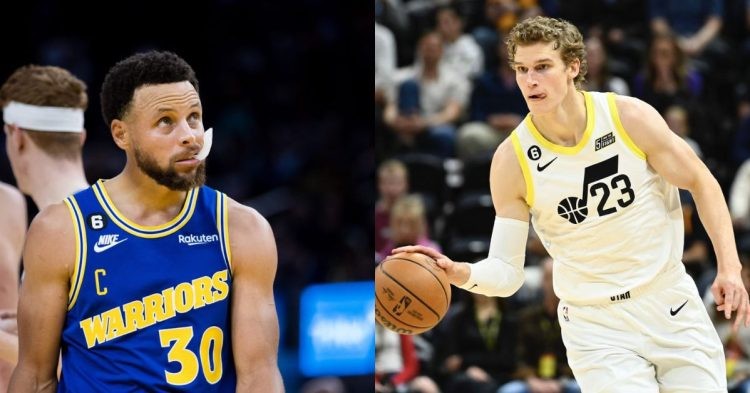 The Golden State Warriors will play against the Utah Jazz tonight in yet another exciting NBA game day. The Warriors have been finding it tough to replicate their form from last season. As we all know, they are the defending champs right now and it looked like they were going to do well to defend the title as well. However, things have not gone according to plan this season.

The Warriors have won just 13 games out of the 25 games they have played so far in the 2022-23 NBA season. Their win percentage is just .520 this season. They will be looking to improve on that tonight when they play against the Utah Jazz. The GSW franchise will have to give it their all, especially since they will not have their key players present at the game tonight.

Reports mention that Stephen Curry will miss the game against the Utah Jazz, together with Draymond Green and Andrew Wiggins. Along with these three players, Andre Iguodala will also miss the game tonight. The reason for Steph’s absence will be left ankle soreness,

It looks like Steph tweaked his ankle during the game against the Houston Rockets when he was going for a layup against Alperen Sengun. As for Wiggins and DG, they are dealing with a right adductor strain and hip tightness respectively.

Can the Warriors take the win against the Jazz without their best player,?

Steph has averaged 30.0 points, 7.0 assists and 6.6 rebounds in the 23 games he has played this season. It will be extremely hard for the Warriors to break down the Jazz defense without their best player. Despite what many may think, Steph has arguably been one of the contenders for the 2022-23 NBA MVP award. The fact that he won’t play tonight will be a major advantage for the Jazz.

The last time these two teams played, on November 25th, the Warriors took the win with Steph putting up 33 points on the board. Lauri Markkanen, Jordan Clarkson, and Kelly Olynyk put up at least 20 points each to bring the game close.

One thing that we can expect for sure is for the Jazz to defend and attack as one whole unit. This is what they have been doing so far this season. Lauri Markkanen and Jordan Clarkson have proven to be a formidable duo for the Jazz franchise this season after Donovan Mitchell’s departure. Lauri will be crucial for the team tonight and he will be the one that Warriors should aim to keep at bay.

It looks like the Jazz might take the win on this one, especially since the Warriors do not have DG’s expertise at defense as well. That will also be a huge difference, and since Steph isn’t playing, there won’t be anyone that could bail the Warriors out with their individual talent. Klay Thompson has been decent at times this season, but he hasn’t been able to replicate his old form in light of his injuries in the last couple of years.