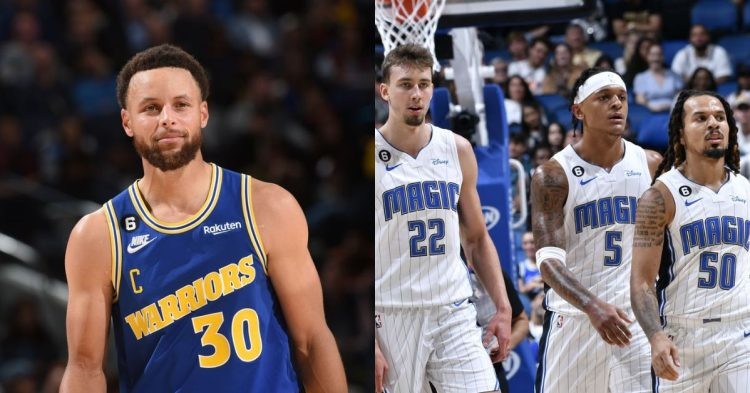 The Warriors lost a close one against the Detroit Pistons on Wednesday, courtesy a game-winning buzzer-beater by Pistons forward Saddiq Bey, making it a final score of 119-122. All-Star guard Klay Thompson put up 30 points in that loss, accompanied by a 24-point effort by Jordan Poole.

On the other hand, the Memphis Grizzlies managed to foil a 30-point performance by Magic forward Paolo Banchero, as they handed the Magic their 25th loss of the season last night.

Steph Curry had been in scintillating form this season, averaging a very efficient 30, 6, and 6 before being sidelined with a shoulder injury around mid-December. He will remain out for tonight’s game against the Magic.

Accompanying him on the bench would be third-year center James Wiseman with an ankle injury, and forward Jonathan Kuminga with a foot injury. All-star guard Andrew Wiggins is listed as probable for tonight’s game. Notably, veteran forward Andre Igoudala might make his season debut tonight.

Warriors provide a list of injury updates. Jonathan Kuminga, James Wiseman and JaMychal Green will be out at least another week. They’ll miss final three games of this homestand. Andrew Wiggins is again back in live practice. Not ruled out for later this homestand.

For the Magic, they will be missing key frontcourt pieces in Bol Bol, who just entered the league’s COVID-19 protocols, and Jonathan Isaac, who is suffering from a knee injury. Forward Chuma Okeke is also listed as out.

Here are the injury reports and expected roster for the Warriors-Magic game tonight:

Even though the Magic managed to sneak out a close 130-129 win against the Warriors the last time they faced off, they might have to pull out all the tricks in their bag to repeat that result. The Warriors, even without star point guard Stephen Curry, have enough firepower to easily secure a win against a younger team like the Magic.

Additionally, this game will be a home game for the Warriors, who have a whopping 17-3 record at home. So, expect them to breeze through this one.