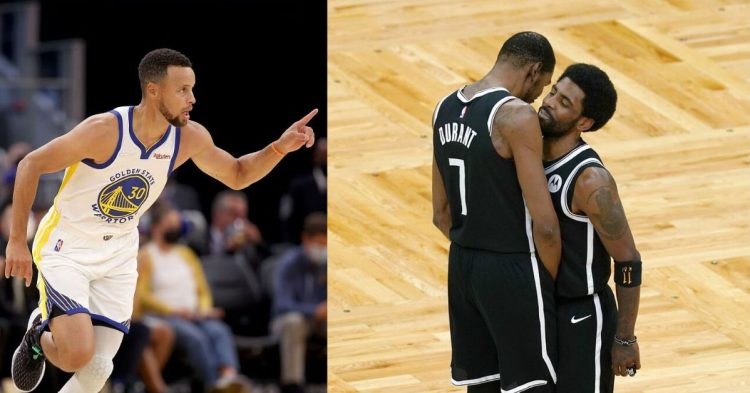 On the other hand, Durant’s Brooklyn Nets are doing better and have a record of 28 wins and 17 losses. While it would certainly be exciting to watch Kevin Durant and Stephen Curry face-off, NBA fans should wonder if that will happen and what the availability status of these stars is. That will also help in forming a prediction regarding the outcome of this game.

Thankfully for Warriors fans, the Baby-Faced Assassin looks healthy for this game. As some of us might remember, Curry already suffered a shoulder injury earlier this season. That caused him to miss 11 games for the Golden State Warriors.


He is an instrumental part of their offense along with Jordan Poole and Klay Thompson. While they look quite healthy for this matchup, the same cannot be said for Kevin Durant and the Brooklyn Nets. That said, here are the complete injury reports and expected rosters for this game.

As we can tell, Brooklyn Nets superstar Kevin Durant is not expected to play in this game against his former team. He has been diagnosed with an MCL sprain on his knee This might play a huge role in deciding the winner. Now, let us look at the predicitions for this matchup between the Nets and the Warriors.

The Warriors will be slightly favored over the weakened Nets tonight

Even without Kevin Durant, the Nets are still managing to win games largely thanks to Kyrie Irving. In fact, they are coming off a win against the Utah Jazz where Irving scored an impressive 48 points, 11 rebounds, and 6 assists to get his team the win.


While the Nets certainly have the better record and should be considered the favorites, missing Durant will certainly hurt them against a team as talented and experienced as the Golden State Warriors. Since KD will not be playing, GSW will be the favorite for this game. This should be an exciting matchup between Stephen Curry and Kyrie Irving, two of the best point guards of this generation.