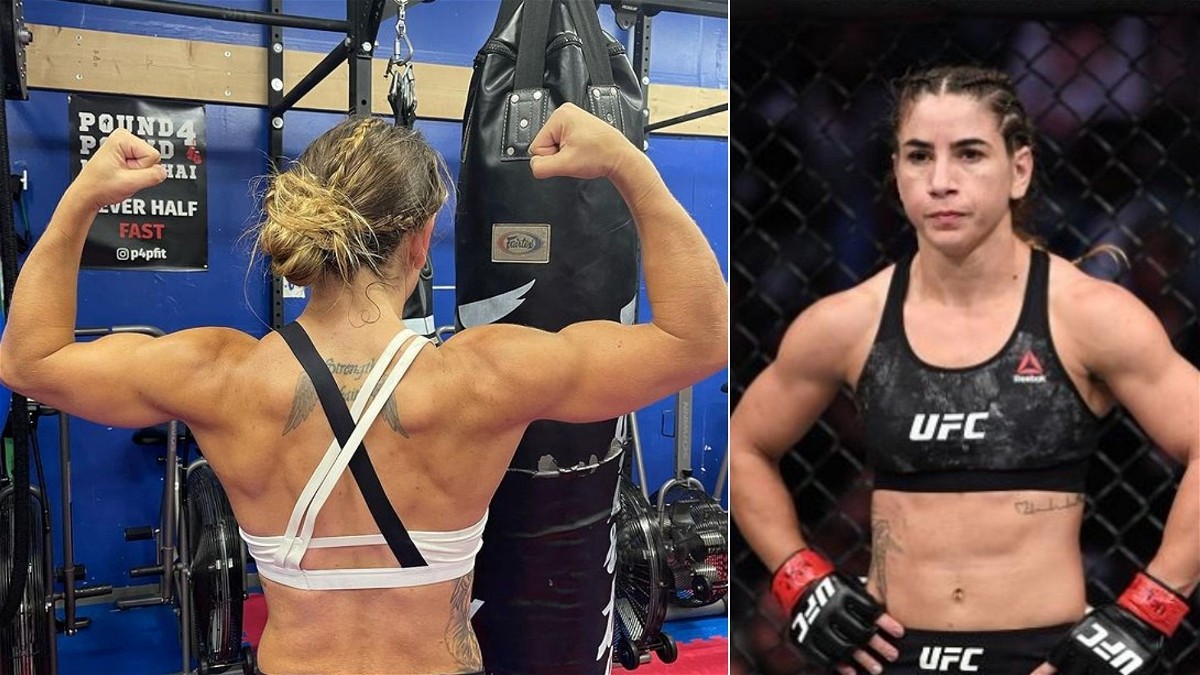 Tecia Torres will give every women fighter a run for their money if it was a body-building competition. UFC fighter Tecia Torres is extremely talented, incredibly powerful, and has a physique that will make many raise the question of whether it’s the result of steroids. Today, we take a look at the beef between Angela Hill and Tecia Torres that has started this entire debate.

“But you talking pre-USADA. I have heard all teammates of yours confirm that you were doping that’s why they kicked you out of the gym.” Hill claimed in the pre-fight press conference ahead of UFC 265.

Tecia Torres is a strawweight contender who has been competing inside the UFC Octagon since December of 2014. Having fought the likes of Joanna Jedrzejczyk, Zhang Weili, Rose Namajunas, Jessica Andrade, among others. Ahead of her rematch against Angela Hill, the African-American fighter accused Torres of using steroids, referring to her success inside the UFC cage during the pre-USADA days.

USADA is recognized by the UFC as an independent body and as the official anti-doping agency for the promotion. Over the years, a lot of fighters have come under the radar of USADA for illegal substance use or performance-enhancing drugs. UFC recognized USADA in the year 2015, becoming the first fighting promotion to have an independent anti-doping program.

Torres’ first UFC loss came against Rose Namajunas back in April of 2016. Prior to this, she was on a seven-fight win-streal. Interestingly enough, it was just her second fight after UFC recognized USADA in June of 2015.  If we take a look at Tecia Torres’ career pre-USADA and post-USADA, she was 6-0 compared to 6-5 after June of 2015.

Before 2015, she had wins over the likes of Paige VanZant, Rose Namajunas at Invicta FC, and Angela Hill among top names at the very beginning of her career. While the difference is quite clear in terms of her wins and losses, a case can be made that those losses came to her name once she started facing stiff competition. Torres has tasted defeat 5 times in her MMA career, and those losses have come against former champions in the form of Joanna, Andrade, Weili, and Rose Namajunas, and top contender Marina Rodriguez.

Tecia Torres has never tested positive in her MMA career and remains a top competition despite spending almost a decade in the sport of MMA. Needless to say, while the accusation is wild, there’s no confirmation of the same. She is currently on a two-weight win streak and will look to extend her run with another victory at UFC 265.