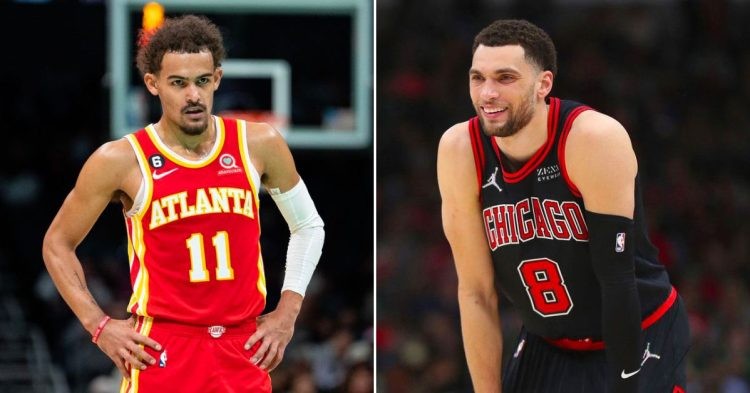 The Atlanta Hawks will be playing against the Chicago Bulls tonight at the United Center. The Hawks are coming off a loss against the Charlotte Hornets. They have a record of 24-23 in the league this season and are currently 8th in the Eastern Conference standings. As for the Bulls, they have won their last two games against the Golden State Warriors and the Detroit Pistons. We can be sure that spirits are high in the Bulls locker room after beating the defending champs.

The Bulls have been missing a key player Lonzo Ball this season. He is yet to make his debut this year and it looks like we are still quite some time away from it as well. Speaking of injuries, both teams are dealing with issues with some of their starters. Let’s take a look at the injury reports and expected rosters for the game tonight.

Hawks superstar Trae Young has been fortunate to not suffer any major injury this season. He has undoubtedly been the Hawks’ best player this season. Trae and Dejounte Murray will be crucial for the Hawks against the Bulls tonight.

An @emoryhealthcare injury report for tomorrow’s game in Chicago:

On the Hawks’ injury report, Onyeka Okongwu is listed as questionable due to a hamstring injury. Bogdan Bogdanovic is also day-to-day with an undisclosed injury. His absence from the Hawks will be duly noted if he does not feature tonight.

The Hawks are favored to beat the Bulls tonight

The Bulls and Hawks faced each other twice in December 2022. Both of the teams won a game and it was a nail-biting game on both occasions. Dejounte Murray will be a key player for the Hawks tonight, as we can expect him to hold off DeMar DeRozan. Along with that, Trae’s form this season will play a huge role tonight as well. Young has averaged 27.1 points, 9.8 assists, and 2.9 rebounds during the 2022-23 NBA season after 42 games.

Make no mistake, the Bulls have a talented roster as well. It would be a crime if we leave out Zach LaVine when mentioning the biggest stars at play during this matchup. However, the Hawks’ defense has improved drastically in the last few months, though it has looked shaky at times. We can expect the 6-time NBA champs to put up a solid fight but Trae and Co. should be able to get the job done tonight.