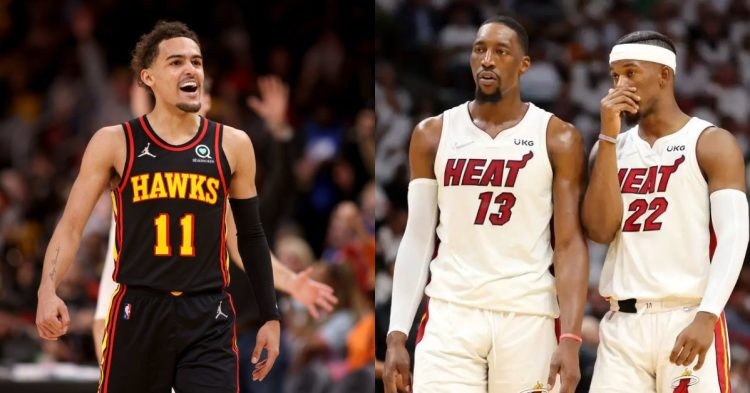 The Miami Heat will be traveling to the State Farm Arena to face the Atlanta Hawks, with a 3-game win streak. The Hawks on the other hand carry a 2-game winning streak. It looks as though the Heat are starting to tick, after what seems to be a turbulent season so far. The Hawks look to do the same but are hampered by inconsistent performances.

It is sure to be an enthralling match-up between the 7th and 9th-placed teams in the Eastern Conference. The Heat have been battered with injuries this season. One can make a starting 5 out of the Heat’s injured players. The Hawks do not have much of an injury concern as the players are managing to stay healthy.

Trae Young has been the best player for the Hawks this season but is battling injury concerns as well. In the last game against the Toronto Raptors, he led the team and scored 29 points for the side. Trae is listed as day-to-day and is probable for the game tonight against the Heat. Ice Trae is dealing with left shoulder soreness. The other player who is out for the Hawks will be Clint Capela.

An @emoryhealthcare injury report for tomorrow’s game vs. Miami:

The Heat on the other hand has a long list of injuries. It is safe to say that Jimmy Butler will be featured in tonight’s game. Duncan Robinson will be out for a month and will be undergoing finger surgery. Let’s take a look at the complete injury report and expected roster of both teams.

The Heat have enjoyed the last 4 games and carry a 3-game winning streak. The last 2 wins against the Milwaukee Bucks are statement victories for the Oakland outfit. Though the Bucks missed out on Giannis due to injury, a win is a win. We are expecting the same performance from the Heat tonight against an offense solely run by Young.

The Hawks have been extremely reliant on Trae and Dejounte Murray for getting baskets. Bogdan Bogdanovic does provide the extra support, but not significantly. Though the Heat are packed with injuries, we expect them to take the victory tonight. Let us know who you think will win tonight’s Hawks-Heat game.