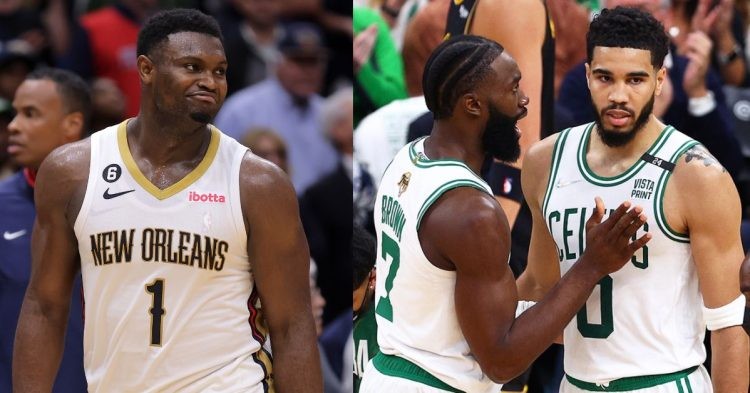 Zion’s health and availability status for this game will certainly play a huge role in the Pelicans’ chances of beating the team with the best record in the entire NBA, the Boston Celtics. As both these teams are set to face off, NBA fans might be interested in knowing the complete injury reports and expected rosters for this match tonight. That will help in forming a prediction on which team could potentially win this game.

Unfortunately for Pelicans fans, Zion is listed as out for this game and is not expected to play against the Boston Celtics. Fans might remember that he strained his hamstring while dribbling the ball up the court in a game against the Philadelphia 76ers. He has been sidelined since and is expected to be reevaluated in about three weeks.


Therefore, it will fall upon CJ McCollum and the rest of the Pelicans to try and get this win against the Boston Celtics despite being shorthanded. That said, here are the injury reports and expected rosters for the New Orleans Pelicans and Boston Celtics.

As we can tell, Marcus Smart is on the injury report for the Celtics. He is listed as questionable for this game against the Pelicans due to knee issues. Finally, let us take a look at the expert predicitions for this matchup tonight.

The Celtics are favored over the Pelicans tonight

Considering that both Zion Williamson and Brandon Ingram are listed out for this game, the New Orleans Pelicans will be the underdogs in this matchup against the Boston Celtics. Jayson Tatum and his squad appear to be on a  revenge season after falling a few games short of an NBA title last season.


The Celtics are relatively healthy and experienced and also have a better record heading into this match. Therefore, we are siding with them over the weakened New Orleans Pelicans for this game tonight.