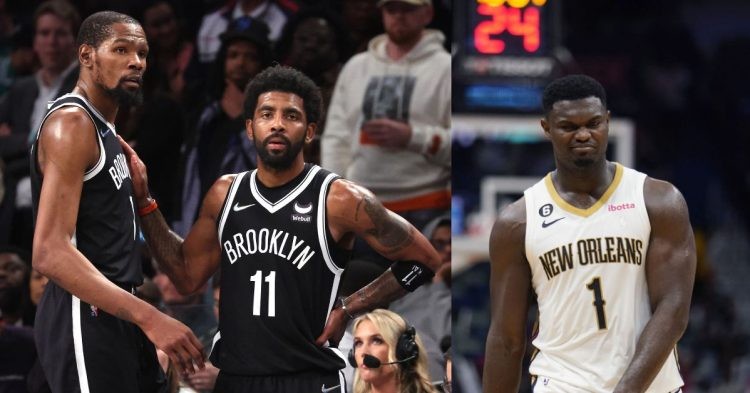 The New Orleans Pelicans will be taking on the Brooklyn Nets tonight. Both these teams have gotten off to a good start this season. Led by Zion Williamson, the Pelicans currently hold a record of 24 wins and 14 losses, giving them the 3rd position in the West. On the other hand, Kevin Durant’s Nets are in an identical situation, holding a record of 25 wins and 13 losses.

Zion has been proving the haters and doubters wrong, balling out and dominating for the Pelicans. However, he might not play in this game against the talented and experienced Brooklyn Nets. That said, one might want to know the complete injury reports and expected rosters for both sides.

One of the largest worries, when it came to Zion, was his durability and conditioning. In fact, almost every sports media personality called him out on his size and claimed it would soon impediment his ability. Although Zion was playing incredibly, he strained his hamstring while bringing the ball up the court in a game against Joel Embiid and the Philadelphia 76ers.


As we have seen with Embiid’s teammate Harden, hamstring injuries are quite tricky and take a significant amount of time to heal. Therefore, Zion is certainly not expected to play in this game tonight. Let us take a look at the injury reports and expected rosters for this game.

As we can tell, the Pelicans are missing plenty of players when compared to the Brooklyn Nets. Nonetheless, they were able to win their last game against the Houston Rockets. Finally, let us also look at the expert predictions for this game between the Brooklyn Nets and New Orleans Pelicans.

The Nets will be favored over the weakened Pelicans

While both these teams currently hold a nearly identical record, there is no arguing that the Nets are mostly healthy and in a better situation when compared to the Pelicans. Kevin Durant and Kyrie Irving have been absolutely spectacular for their team. They have only lost 1 out of the last 10 games.