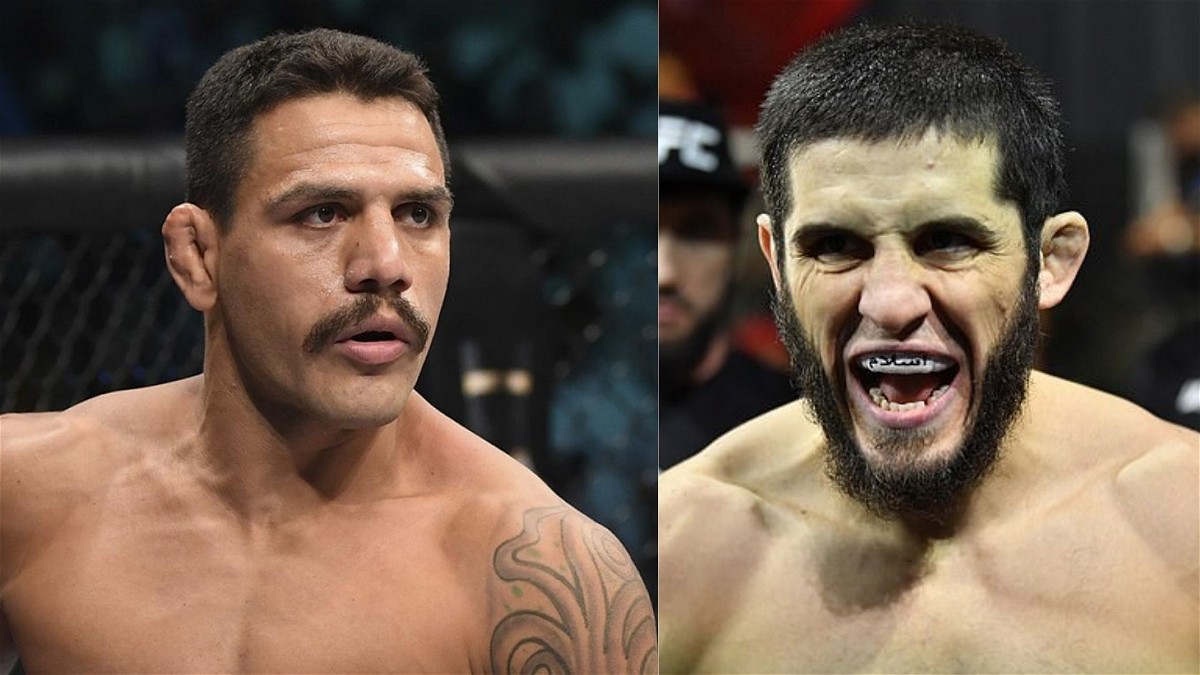 Islam Makhachev and Rafael dos Anjos had a brief back and forth on Twitter earlier today. Earlier, Makhachev had called out Rafael dos Anjos following his win over Thiago Moises, to no reply from the former lightweight champion. However, soon after the latest UFC rankings were announced which put Islam in the top-5 of the lightweight rankings, it prompted RDA to make the call.

Needless to say, the call-out did not go well as Islam Makhachev mocked RDA for his past tweets where the former lightweight champion can be seen take a jibe at the Dagestani fighter.

It’s funny that RDA showed up after few days, only when rankings got updated ???? don’t worry grandpa, I will smash you, despite you are lower in rankings pic.twitter.com/hBvKvD3FUy

Rafael dos Anjos shot back at Islam, calling him a “pu***.” The tweet did not go too well with Makhachev, who trashed dos Anjos, and claimed that the former lightweight champion is trying to pull out from the fight.

I’m playing the same you are. Let’s meet in the cage. 5 rounds don’t be a pussy. https://t.co/Sm1wrgXVWg

In a heated back and forth between both the fighters, RDA indicated in his recent tweet that it was actually Makhachev’s manager Ali Abdelaziz who is doing the talk for him on Twitter.

Hey grandpa, what happened now? ???? trying to find excuses to quit? Take the fight and start training, don’t be a pussy. https://t.co/YMIfGGMHlB

Islam Makhachev has had his eyes on the former champion for quite some time now. Rafael dos Anjos and Islam Makhachev were scheduled to fight back in October of 2020. However, RDA had to pull out of the bout after he tested positive for the dreaded coronavirus.

Both the fighters are aiming for a fight in October, and it will be interesting to see whether the match-up will see the light of the day. It is an exciting match-up and one that will definitely bring the winner of the fightback in the title contention.