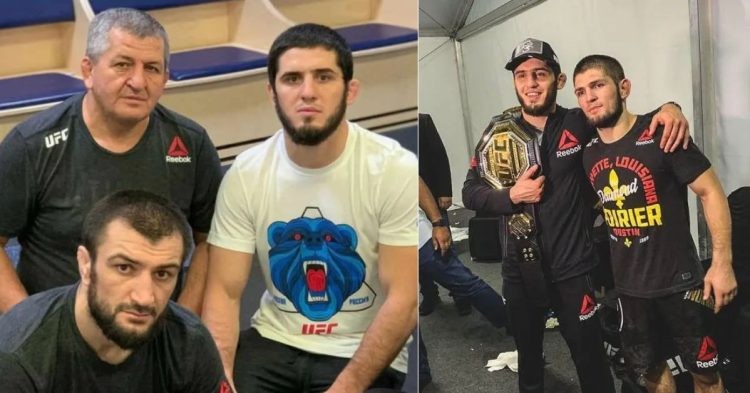 Ahead of the biggest fight of Makhachev’s career in the form of a lightweight title bout against Charles Oliveira, the Dagestani fighter revealed what made Abdulmanap different from other people.

“Abdulmanap, you know, this is not like just coach. Coach, when he come to the gym, he do something for you, help you with training. But this man, he always take care about his kids because… Dagestan is not like a regular city, it’s not like Abu Dhabi or Dubai, you have some problem always. Problem outside, in the street or somewhere.”

“But Abdulmanap always fix all problems. He just said, ‘okay guys, you just have to training hard, and other things what you have, you just told me and that’s it, I am gonna fix your all problems. That’s why from our gym, not everybody is like Champion but who training with Abdulmanap, now who live in the street are good people.” Makhachev said.

The relationship between Abdulmanap Nurmagomedov and Islam Makhachev is truly special

Abdulmanap Nurmagomedov always believed in Islam Makhachev and saw him cruising through the division just like his son Khabib. While he may not be present here right now, it’s safe to say Makhachev’s success inside the Octagon and the fact that he is currently on a ten fight win-streak, on his way to fight for the lightweight gold would have certainly brought a smile to his face.

Makhachev credits his success to Abdulmanap and believes it was his hard work and constant effort to make him better by pushing him to the limits that he has been able to achieve the milestones he has achieved in his mixed martial arts career. Watch this interview with BT Sports where Islam Makhachev breaks down his relationship with Abdulmanap Nurmagomedov.