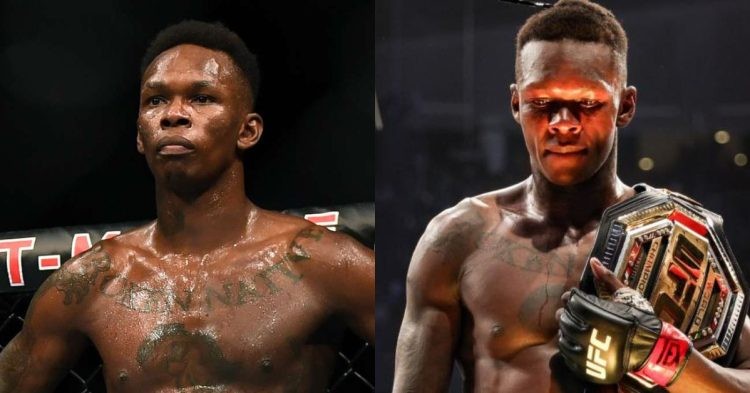 Israel Adesanya outclassed Jared Cannonier throughout the five rounds to win the bout via unanimous decision in the recently concluded main event of the UFC 276 PPV. With this win, The Last Stylebender successfully completed his sixth title defense and is only behind Anderson Silva who holds the record for the most title defenses in the 185-pound division.

There is no doubt that Izzy has dominated this division with his overpowering performances. But after his unanimous decision win at UFC 276, he now falls to the second to last spot on the list of current champions with the lowest finishing rate in the UFC.

Post #UFC276, Israel Adesanya has the second-lowest UFC finishing rate amongst the current champions with Carla Esparza the only fighter below Stylebender. pic.twitter.com/Ck0OW3fc1c

Considering how fans love to watch violence, Adesanya’s recent performances have not gone down well with numerous fight enthusiasts as he has not finished a single opponent in his last three fights. The Last Stylebender admitted in the post-fight press conference of UFC 276, that it was an off night for him as he didn’t perform as per his own expectations.

Israel Adesanya made a stunning walkout at UFC 276 by honoring WWE legend Undertaker. The Last Stylebender made his way to the octagon holding the Deadman’s urn and used his entrance song. The entire walkout was mesmerising and Adesanya proved once again that he is one of the best showmen in the history of the UFC.

However, he could not replicate a similar display inside the octagon against Cannonier. Despite showing improved aggression in this title defence compared to the rematch against Whittaker, Adesanya struggled to get in a striking flow and stay busy.

Thereafter fans on Twitter were ruthless and severely criticized the middleweight champion Israel Adesanya for his performance at UFC 276.

The first 4 fights were amazing and then @stylebender put me to sleep……so boring. I wanna say “nothing happened”

This is how boring @stylebender is. I hope #AlexPereira puts you to sleep the same way to did to us with your boring style. #boring #UFC276 https://t.co/KsTDuQG4pH

Regardless of his recent performance, Adesanya still manages to outwork Cannonier which is a big feat because the latter is one of the most dangerous fighters in the division. With that being said, it would be interesting to see if Izzy changes his game plan for his next fight.