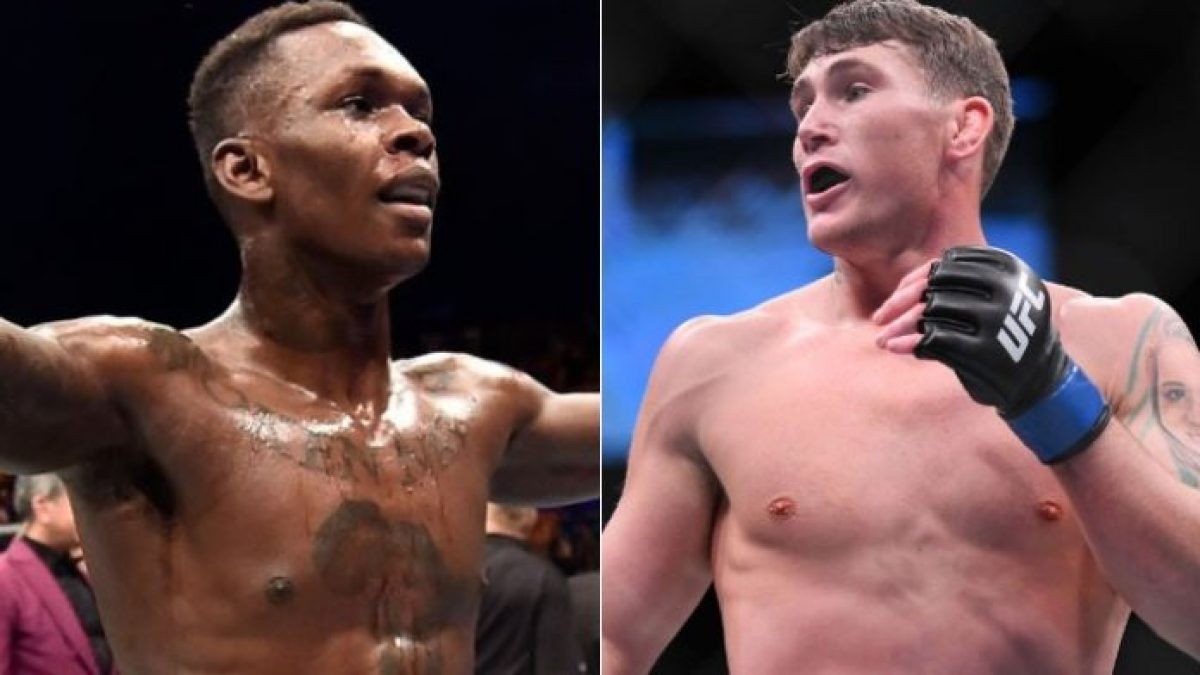 The UFC Middleweight champion Israel Adesanya uploaded a vlog recently in his Youtube channel, watching the event live from his home. He hilariously trolled UFC star Darren Till for his celebration with Tom Aspinall.

UFC London was a huge event, with some of the most breathtaking moments in the history of UFC Fight Night. It was a big night for Aspinall, and other young European stars as well. Paul Craig had an insane win over Nikita Krylov, as did Ilia Topuria over Jai Herbert.

The hype-train, Paddy “The Baddy” Pimblett made the fans go berserk with another first-round finish, with a submission over Kazula Vargas. So did his close friend, Molly McCann. They both garnered impressive finishes, with “Meatball” knocking her opponent out cold with a spinning elbow.

Israel Adesanya trolled Darren Till for his celebration with Tom Aspinall, Till responded

In the video, Israel Adesanya was seen chilling with his friends. He was commentating and reacting to the fights from time to time. As Aspinall secures the victory over Alexander Volkov and hops on top of the cage with Till to celebrate, Adesanya went crazy, trolling Darren Till for his acts.

This past week, Till was in attendance at UFC London, cornering his longtime teammate Tom Aspinall for the main event. After Aspinall’s sensational performance, Aspinall and Till was seen climbing on top of the cage celebrating when one of Adesanya’s friends said, “Oh sit down Darren, it’s not your moment”.

“Sit the f*ck down. It’s not your moment. Get the f*ck off!” Adesanya screamed, cringing. Then, things took a hilarious turn when Adesanya’s brother would scoff: “He’s not won in a while, let him enjoy it!”

Everybody went crazy, bursting out laughing. Although, Till noticed the video and fired some shots back at Izzy with some accusations.

Israel Adesanya is the current UFC Middleweight champion. He’s undefeated at Middleweight and is coming off a successful title defense against Robert Whittaker at UFC 271.

“The Last Stylebender” is one of the most popular UFC superstar in the world right now. But despite Till’s current losing streak, Adesanya is still interested in facing “The Gorilla”, and wants to do so on British soil.