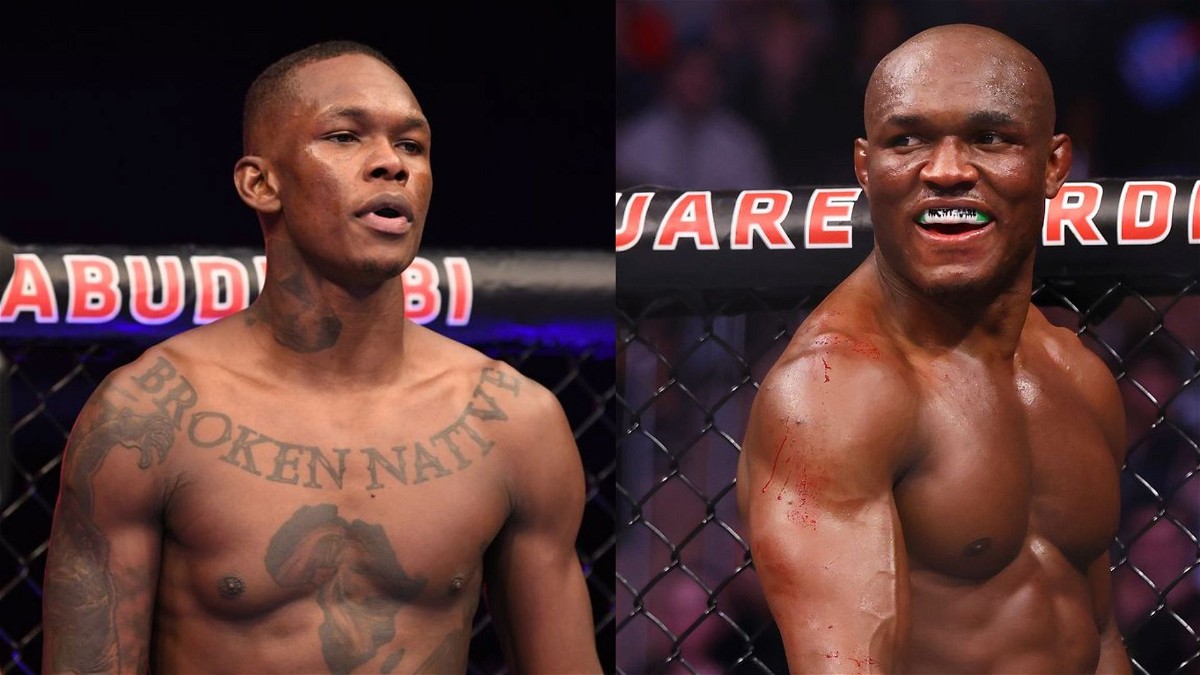 Kamaru Usman’s dominance in the UFC’s welterweight division has made many ponder whether or not it’s time for the Nigerian Nightmare to move up a weight class to further cement his legacy as the pound-for-pound king in the UFC. Recently, Usman opined that he was targeting Jan Blachowicz for the light-heavyweight title, and said that he believed he could beat him inside the cage.

Needless to say, the thought surprised many fight fans, considering the jump from the welterweight division to the light-heavyweight division would have been a mammoth 170 pounds to 205 pounds. This created a lot of intrigue among fight fans, who opined whether Usman should look at fighting in the middleweight division first.

An argument can be made that Kamaru Usman might not be interested in fighting the current UFC’s middleweight champion Israel Adesanya due to their shared cultural heritage. However, refuting any such idea, Usman’s manager Ali Abdelaziz has revealed that both the fighter could indeed share the UFC Octagon if “there’s enough money.”

“I don’t think these guys, they cool, but I don’t think they are best friends. If there’s enough money from both of them, they will fight in a heartbeat. I know how people work, this has nothing to do with loyalty. These guys are not like training partners, brothers. You know what I am saying, they are African brothers.”

Ali Abdelaziz also stated that he believes Kamaru Usman will stop Leon Edwards in three rounds. It’s needless to say that looking at his recent performances, It’s hard not to agree with Ali Abdelaziz.

Under the tutelage of Trevor Wittman, Kamaru Usman has improved leaps and bounds in terms of striking. While there’s no denying his wrestling credentials, Usman has become one of the most devastating strikers in the division, with stoppage win over the likes of Colby Covington, Gilbert Burns, and Jorge Masvidal.

“I think I would beat him.”@Usman84KG considered jumping from welterweight up to light-heavyweight to face Jan Blachowicz to become double-champ ????

Kamaru Usman is a complete fighter, with a varied skill-set. However, Israel Adesanya is not too far behind. While the setback against Jan Blachowicz may have raised several eyebrows, Adesanya’s performance against an equally talented Marvin Vettori showed that Adesanya is only getting better. It’s an exciting match-up and one that is bound to get the attention of fight fans around the world. Who do you think wins if Kamaru Usman and Israel Adesanya share the UFC Octagon in the near future?