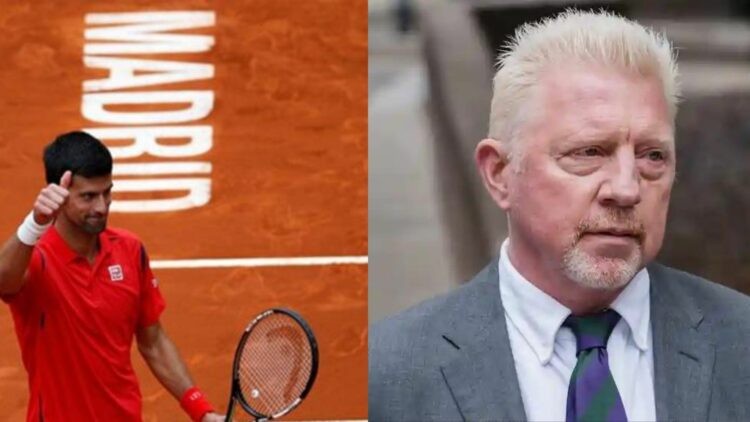 Boris Becker is one of the legends of tennis, however, he has lately fallen into trouble due to a bankruptcy issue. Boris Becker had teamed up with Novak Djokovic until 2017 for three years in his capacity as a coach.

During their partnership, Novak Djokovic won a total of six majors including his first grand slam title at the French Open in 2016.

Boris Becker was handed his sentence on Friday after he was convicted on April 8th for the charges levelled at him under the British Insolvency Act. Becker had transferred hundreds of thousands of pounds after he declared bankruptcy in 2017.

When Novak was asked to comment on the details of the court case he refused to do so and instead stated that,

“It breaks my heart to see him go through this,”

“Boris was always so nice to me and my family, and we had a great relationship throughout the years and achieved great things in this sport.

“I have been in touch with one of his sons, Noah, and asking if there is something that I could do to help. But it’s terrible. I just hope that he will stay healthy and strong.”

Novak also said that he hopes for Boris to get through this period that he has to stay in jail and that after getting he released he would be able to live his life as it is.

He further added by saying that he would be praying for him and hoped that things will remain well in terms of his mental health because that is the most important and challenging part. Novak Djokovic is currently playing in the French Open. He seems to be one of the favourites of the tournament.

After Novak Djokovic missed out on the Australian Open due to his vaccine records, the French Open is now his biggest chance to win a Grand Slam title in 2022.