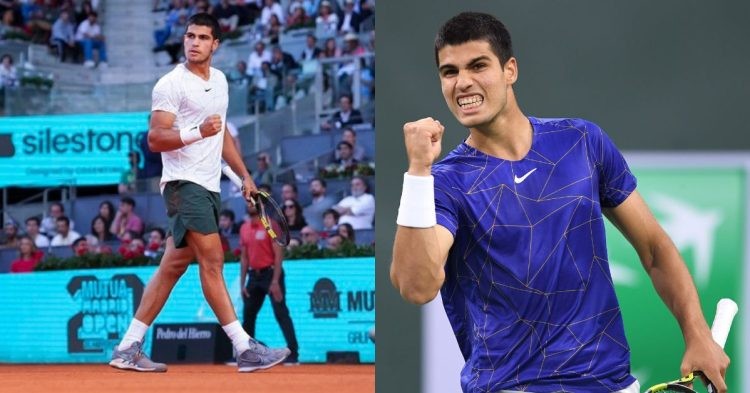 The young Spaniard, Carlos Alcaraz can be considered the best young player and the rising star of 2022. Not only did he manage to defeat Novak Djokovic and Rafael Nadal in a single run of matches but also went on to win his maiden grand slam title and clinched the famed World No.1 spot in the ATP rankings as well.

Carlos came pretty close a couple of times at the beginning of 2022 to winning a grand slam title, however, he finally etched his name in the books of history and defeated Casper Rudd to win his maiden grand slam title.

Carlos just like every other player had to work on the mental aspect of the game as well since mental fitness and sharpness are equally important for an athlete to excel in the respective sport.

Chess is one of the major ways in which Carlos ensures that he is focused before and during the match as well. It’s the small things that help a tennis player gain an edge over his opponents and playing chess has surely worked out for Carlos.

What are the pre-match rituals for Carlos Alcaraz?

Most of the players in tennis have some sort of pre-match ritual and Carlos is no different. For instance, Rafael Nadal would line up his water bottle and clear the baseline after each point when he is playing on a clay surface.

Bjorn Borg had grown out a lucky beard during the Wimbledon. Just like that Carlos also has a sort of match ritual in place. Carlos likes to take a nap and play tennis before the match. This is an unusual type of a pre-, catch ritual, however, Carlos has a very good explanation for the same.

“Recovery was key and naps before games are for me. And chess helps me because you are focused, your head works,”

“It helps me to be faster mentally, to observe plays, to see the movement you want to make, the strategy… To be focused all the time. In chess, like tennis, you get lost for a moment and the game is already mixed up. In this aspect they are two quite similar disciplines.”

It seems that the tactics and the rituals inculcated by Carlos seem to work since he has already achieved so much at such a young age and it is apparent that the hunger to win and achieve more has not diminished in Carlos especially now that he won his maiden grand slam title.