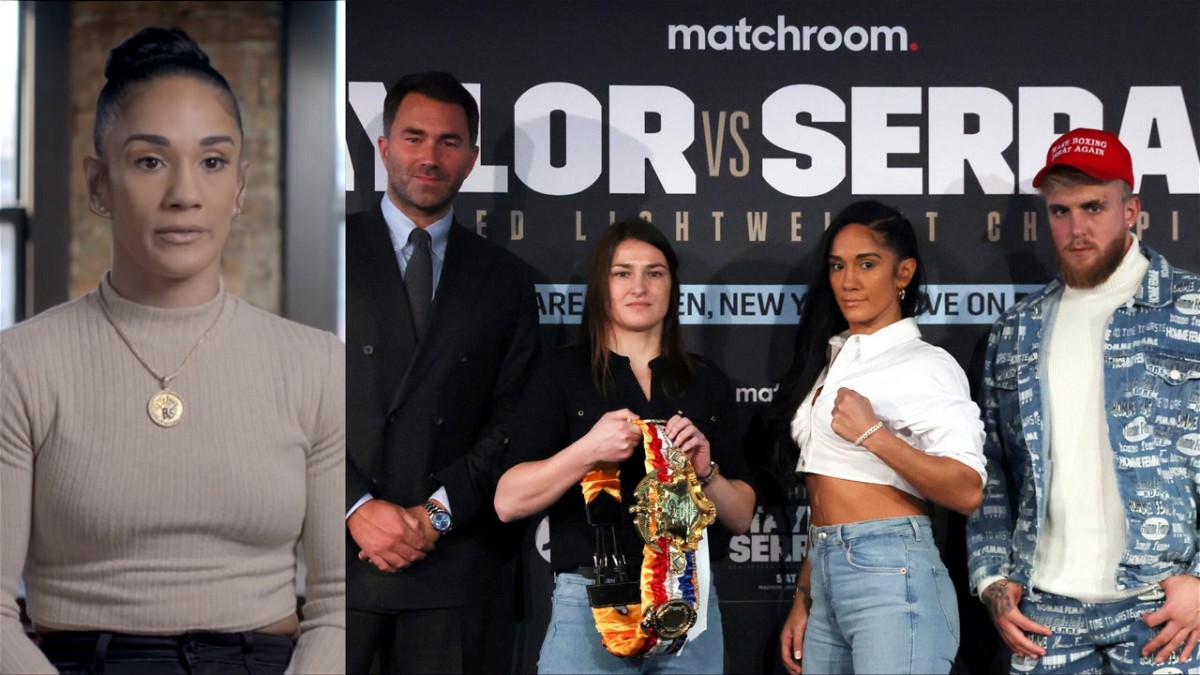 Amanda Serrano formed an unlikely bond with the Celebrity YouTube boxer Jake Paul in 2020. The two met during Paul’s pro debut and the rest is history. Amanda Serrano also became the first fighter to sign for Jake’s own management company, ‘Most Valuable Promotions.’

Serrano is one of the most decorated female combat sports athletes of this generation. She is the only female boxer who has held multiple titles across 7 different weight classes. Not only that, she even has dipped into the world of Mixed Martial Arts (MMA) successfully. However, it did not bring her the fame that she deserved.

I’m showing @jakepaul I can move some weight. Disregard the street sign behind us..it should say Big Chicks only ????????????#MVP pic.twitter.com/9PtSjPBagf

But it all changed after she associated herself with Jake Paul. Jake has managed Amanda for more than a year now and during that period, her star power has just grown more and more. With that, the opportunity to earn big paychecks also increased exponentially. During a recent interaction with ESPN, the Puerto Rican expressed her gratitude towards Paul for changing her life.

In the interview, Amanda Serrano revealed what changes Jake Paul made to the sport that allowed female boxers such as herself to earn big money and also get notoriety for their achievements. Speaking on the struggles prior to meeting Jake, the ‘Real Deal‘ said,

“That was the major struggle, finding people to support you and back you up and pay you. These promoters weren’t taking their money out to support us or to help us. So we used to have to sell tons and tons of tickets if we wanted to get paid. Not just for me, but for every woman boxer. The acknowledgement is not there, the promotion isn’t there.”

In the same video, The problem child stated that he wanted to sort out those issues in women’s boxing. He wanted them to get paid better and give them a fair chance to earn it. The 33-year old praised Jake for his actions as she added, “It’s incredible how it took a man like him, an influencer to change the whole sport of boxing.”

Amanda Serrano will be facing Katie Taylor this weekend as she targets Taylor’s WBA, WBC, IBF, WBO and The Ring lightweight championship belts. With both women set to earn more than $1 million, the fight promises to be the biggest ever in female boxing and it will go down on April 30, inside the famous Madison Square Garden arena.