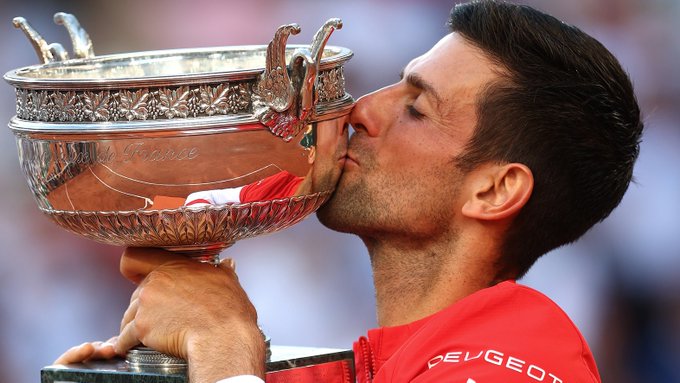 Novak Djokovic was stunned by the support which he received at the 2021 US Open Final.

Novak Djokovic faced Daniil Medvedev in the 2021 US Open Final. He was playing for the coveted 21st Grand Slam title which would set him apart from Federer and Nadal.

Djokovic has never been one to shy away from his single-minded pursuit of the record books. He’s very unabashed about it when it comes to tennis history.

Also Read:- Novak Djokovic Included in Serbia’s Squad for ATP Cup in Australia Amid Doubts Over Participation in Australian Open

“I have been fortunate, without a doubt, to experience a lot of success and break records in our sport that I obviously love and am very passionate about,” the Serb told US Open reporters back in January 2021.

“So, of course, I am always motivated and inspired to achieve big goals and break records. I mean, I would be lying if I said that’s not something that I’m thinking about or that my attention is not going that way.” Nole could not win the title yet won many many hearts of the fans around the world.

Djokovic Was Praised By Medvedev

“I have no other word, because when he came, there was Roger, Rafa there already. Every fan in the world thought, ‘OK, Novak is a great player, maybe win a few Slams, but he’s never going to be the same level as Roger and Rafa because they’re amazing.’ Rafa, with his ability to fight. Roger, with his easiness on the court. But he was able to break almost all the records in tennis. I think he’s going to break a few of them in the next years to come.”

Djokovic’s Reaction After The Match

After his loss Novak Djokovic covered his face with a towel, but he couldn’t hide his sobs from his courtside chair in Arthur Ashe Stadium. He desperately tried to hide his eyes from sight. Nole’s emotions were on full display for all to see around the world.

Novak was just one win away from reaching his tennis immortality by winning the highly anticipated 21st Grand Slam. Djokovic had no answers on the final day for Daniil Medvedev and his brilliant serve in the US Open final, as he was handed a stunning 6-4, 6-4, 6-4 loss.

Novak Djokovic Was “Relived”  After The Match

The match was a high intensity one and the emotions went berserk. The stadium was filled with more than 24,000 spectators.

https://t.co/LnzKGO7KJL Novak Djokovic: ‘I wasn’t prepared for such a reception’: The 2021 US Open final will be a memorable experience for Novak Djokovic going forward https://t.co/UJmQSkYCmV pic.twitter.com/4RFgMI21KP

“Relief,” the first thing Djokovic told reporters soon after the match. “I was glad it was over because the build-up for this tournament and everything that mentally, emotionally I had to deal with throughout the tournament in the last couple of weeks was just a lot. It was a lot to handle.”

“I was just glad that finally the run is over. At the same time I felt sadness, disappointment, and also gratitude for the crowd and for that special moment that they’ve created for me on the court.”

The crowd of 24,000 wanted to witness tennis history being created. They chanted, “Novak, Novak, Novak” throughout the match, no matter the score, and waved Serbian flags and signs professing accolades and love for the Serb.

Djokovic, who has always received mixed sentiments from crowds was stunned by the support which was set for the defining moment of his career.

“When I stepped onto the court for the US Open final, I was overwhelmed with the crowd support.

“I’m not usually the crowd favourite in big matches. I wasn’t prepared for such a reception. It caught me off guard. I had a different emotional response that maybe affected my game” said Djokovic.

Novak Djokovic Ended The Season as No.1

In a recent interview with L’Equipe, Novak Djokovic opened up about his heart-breaking loss to Daniil Medvedev in the final of this year’s US Open.

Novak Djokovic said, “I had a nice team dinner planned for after the US Open final. I was so emotionally wrecked that I didn’t want to go. But everyone cheered me up and I went. Monica Seles called me crying. It ended up being quite a long, emotional night – it eased my mind,”.

Novak also thanked the fans after match for their immense support. “I would like to say that tonight even though I have not won the match, my heart is filled with joy and I am the happiest man alive because you guys made me feel very special in the court,” he said. “You guys touched my soul. I’ve never felt like this in New York, honestly. I love you guys.”

Djokovic also said he felt he would have been better prepared for the US Open had he skipped the Tokyo Olympics.