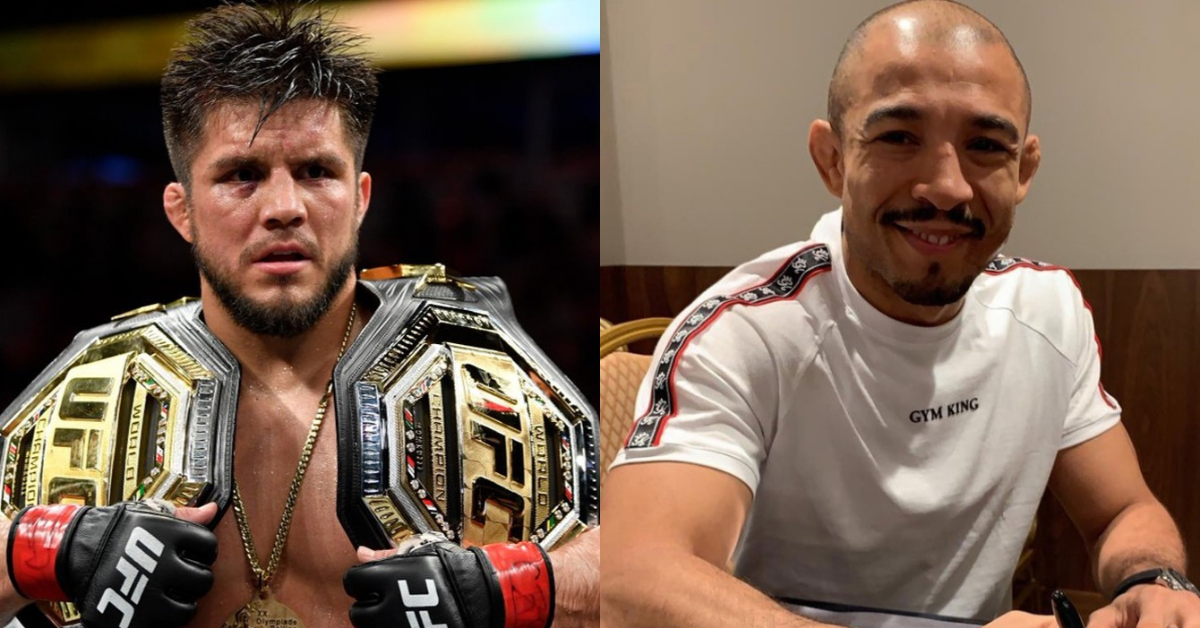 This past week, Aljamain Sterling submitted Cory Sandhagen in the first round at UFC 250. In the process, he rightfully earned a title opportunity. However, in the lead up to the fight, Sterling complained about UFC’s decision to book Jose Aldo vs Petr Yan for the UFC title.

After losing to Alexander Volkanovski, Jose Aldo decided to drop down, and compete at the bantamweight division. However, Marlon Moraes ruined Aldo’s bantamweight debut, defeating the featherweight GOAT via split decision. Now, while Marlon Moraes remains on the sidelines with no official bout planned next, Jose Aldo will be fighting for the bantamweight championship after losing his first match at the weight division. Cejudo said on “The Joe Rogan Experience” podcast,

“It was actually really my fault, It’s my fault that Jose Aldo is fighting for the belt because that’s who I was originally supposed to fight before Dominick, but this whole COVID thing happened, so Aldo was gonna fight for the title. Then it’s like you can’t do that to him (take it back), so the UFC, they stuck to their word.”

It’s hard not to agree with Cejudo, UFC decision to continue with Aldo’s title opportunity may have a lot to do with who he was going to fight, before the COVID situation. However, with a name as big as Jose Aldo, the bantamweight division will definitely find some attention from the MMA world.