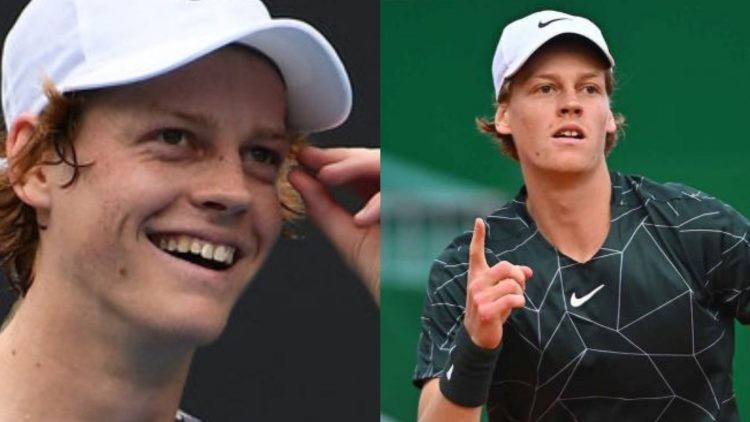 Jannik Sinner has become an overnight sensation after he defeated Carlos Alcaraz, who was considered to be one of the favourites to clinch the Wimbledon trophy.

With this win Sinner has become the youngest player after Nick Kyrgios to ever enter the quarterfinals of Wimbledon. Jannik Sinner, 20 was born on 16th August 2001 in Italy. The highest rank to have ever reached by Jannik was No 9 as allotted by the ATP on the 1st of November.

Jannik has won a total of five ATP singles in the singles category and one in doubles as well. He became the youngest ever holder of an ATP title after winning the 2020 Sofia Open. He is also the youngest to have five titles on his belt ever since Novak Djokovic achieved this feat in 2007.

Early Life and background of Sinner

Sinner was born to Johann and Siglinde Sinner in Tyrol, Northern Italy. He was very active in skiing, football and tennis when he was a kid. He also won a skiing championship at the age of 8.

He eventually shifted his focus to tennis at the age of thirteen and started training with veteran coach Riccardo Piatti. Even though he did not have much success in his junior years, he started playing in professional events by the time he turned 16.

He eventually became one of the few players who won the ATP Challenger Tour title at the age of 17. He also has the ATP newcomer of the year award 2019 in his belt.

Jannik Sinner is currently ranked 13th on the ATP rankings and his best-ever rank was 9. Sinner has a total of 5 ATP titles to his name and has reached the quarterfinals of a Grand Slam thrice before.

He has also played with  Djokovic before during the ATP Master 1000 event in Montecarlo but unfortunately lost in the encounter. His breakthrough moment arrived when he became the youngest quarterfinalist in the French Open wherein he was eventually defeated by the King of Clay, Rafael Nadal.

Jannik Sinner is known for his iconic two-handed backhand shot.