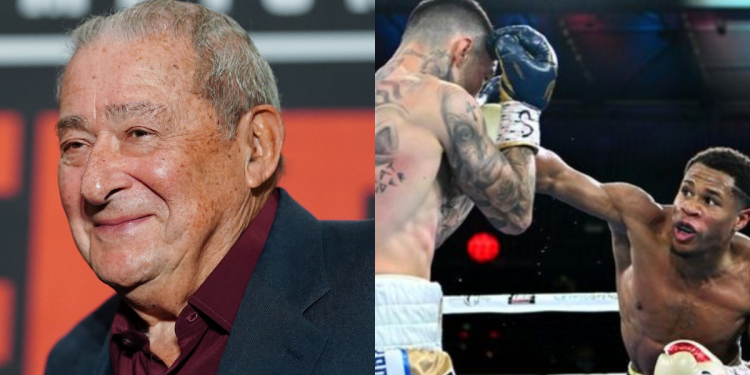 While the rematches are also really intriguing to watch, they might avoid different and bigger fights to happen. Commenting on the same, the Top Rank promoter suggested that even though rematch clauses might be good for business, it is actually bad for the sport. He said:

“I think that rematch clauses are bad for boxing. I understand why fighters and promoters want them, it’s a business, but it’s bad for the sport.”

Bob Arum on the George Kambosos Jr vs Devin Haney rematch clause: “I think that rematch clauses are bad for boxing. I understand why fighters and promoters want them, it’s a business, but it’s bad for the sport.”

Devin Haney was able to outbox and outland George Kambosos Jr. in a rather one-sided 12-round matchup. Interestingly, this fight also had a rematch clause in place and Kambosos Jr. is set to activate it after losing his first title defense. The rematch is expected to take place later this year in Australia.

Bob Arum is someone who has been around boxing for the majority part of his life. After being involved in the sport for decades, he’s certainly someone who knows what he’s talking about. While his recent statements about rematch clauses in boxing might not be appreciated by the people who are concerned with the business part of the sport, it is true to an extent.

Whether or not the rematch clause spoils the sport of boxing is a topic up for debate. Do let us now your thoughts below.

WWE to Sell Over $100,000 Worth of NFTs During Hell in a Cell at WWE Moonsault