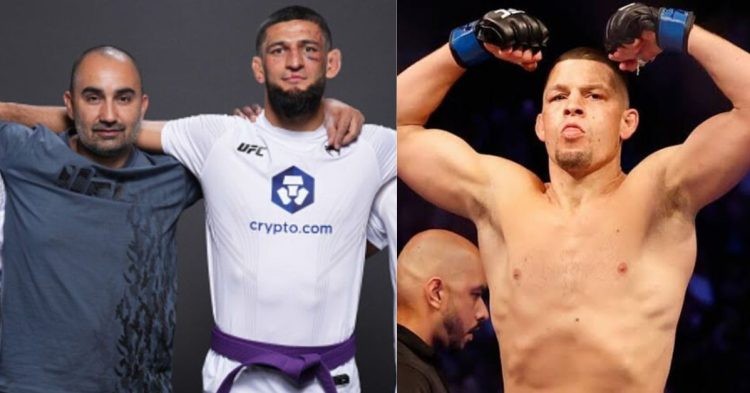 Khamzat Chimaev will be back inside the octagon on September 10th at the T-Mobile Arena in Las Vegas to headline a five-round main event clash against Nate Diaz at UFC 279. UFC announced this highly anticipated welterweight bout last week and it is needless to say that fans were very excited to hear this news.

However, a vast majority of fight enthusiasts gave a one-sided prediction of this matchup. As soon as the UFC made an announcement, many fans on Twitter started posting “Rip Nate Diaz” and predicted Khamzat Chimaev to brutally trash The Stockton’s Own.

Ahead of this big fight between Khamzat Chimaev and Nate Diaz, The Borz’s head coach spoke to Submission Radio and discussed several topics. During this interview, Kacper asked Chimaev’s coach Andreas Michael about his thoughts on the notion that this matchup is a punishment to Nate Diaz.

“It’s bullshit, pure bullshit like Nate Diaz last fought and given Leon Edwards a run for his money. All right Leon Edwards was winning every round but like he gave Leon Edwards a tough fight. He’s at no means an easy opponent for us.”

Andreas Michael’s response makes sense considering MMA is a very unpredictable sport. Moreover, Nate Diaz almost finished Leon Edwards in the fifth round of his last fight despite suffering a lot of damage goes to show that he has the calibre to comeback on any given day.

Khamzat Chimaev’s coach shut down critics and fans who were claiming that Nate Diaz is an easy fight. Thereafter while having a conversation with Submission Radio, Andreas Michaels also listed out the aspects of Nate Diaz that makes him a big threat inside the octagon as an opponent. 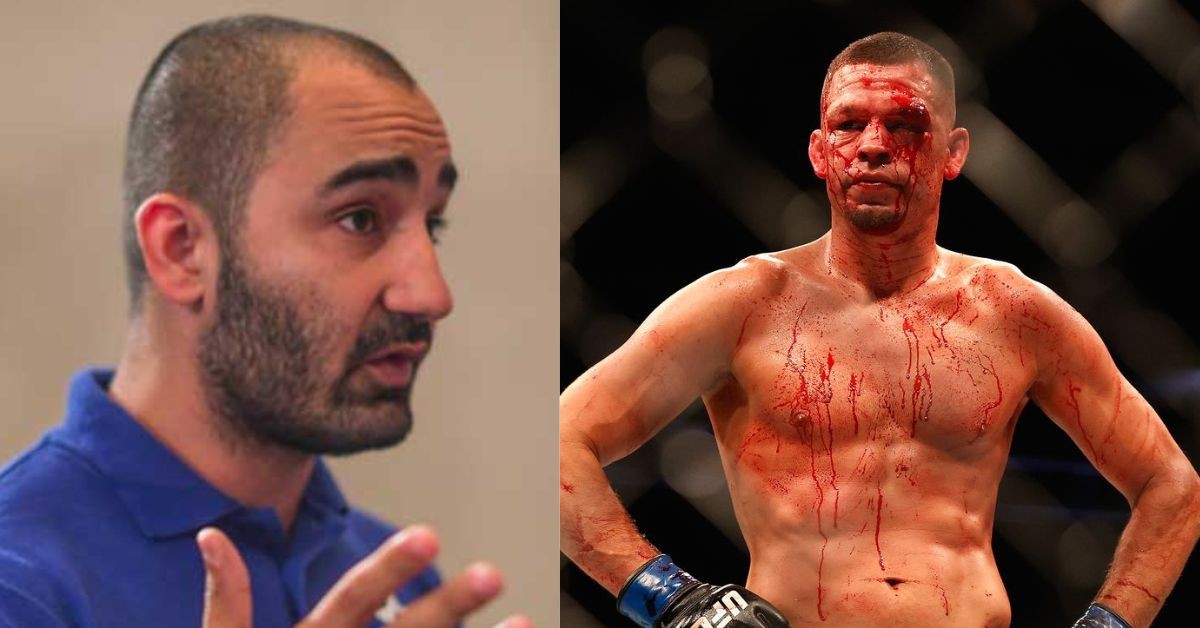 Despite the danger that Nate Diaz possesses, Khamzat’s coach is confident that The Borz will beat The Stockton’s own. To help Chimaev with his training for his upcoming fight, The Borz is sparring with Darren Till and his coach also revealed that the team is planning to call two more fighters for this training camp.

It is needless to say that Khamzat Chimaev is a favourite to win this contest. But The Borz will need to pull off something spectacular to beat Nate Diaz because the Stockton native is a very tough nut to crack.