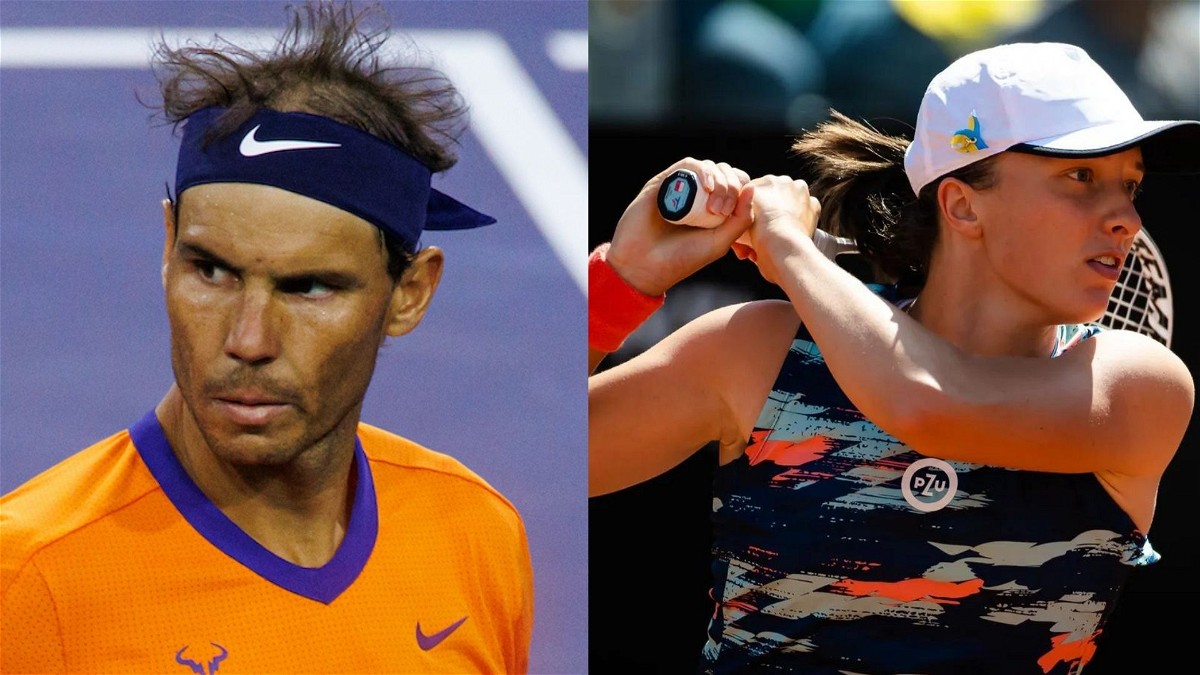 In the ongoing Rome Open, Rafael Nadal started out his bid to defend his title by winning against USA’s John Isner in the ongoing opening round on Wednesday.

Nadal, who recently suffered an injury scare before the Madrid Open is surely looking forward to getting some practice and court time this week in order to be perfectly ready and fit for the Rolland Garros.

In his post-match interview, Rafael Nadal was asked to give his opinion on the World No 1 Iga Swiatek and her excellent results in the past couple of months. Iga Swiatek has a good relationship with Rafael and considers him to be her mentor.

She is currently on a 24 match winning streak after winning continuously in Doha, Miami, Indian Wells and Stuttgart. Rafael Nadal was impressed by her and expressed his admiration for his skills as well.

He congratulated her for completing the Sunshine Double by winning back to back titles in Indian Wells and Miami. In the interview he stated,

“Playing amazing and winning every single event she plays, I think the last four in a row. Winning Indian Wells and Miami in a row, it’s something difficult.”

“I’m just happy for her. She is a very spontaneous and natural girl. It is good to have girls like her, good people like her having success.”

Rafael Nadal would be facing Denis Shapovalov in the next round of the Rome Open.

While he was speaking about Iga Swiatek, he also gave an insight about his next match against Denis Shapovalov.

Rafael Nadal leads the head to head with a 4-1 over Denis. The last time Nadal face Denis was during the Australian Open wherein Rafael Nadal scrapped a five-set thriller win and eventually went on to win the title as well.

During the Rome Open last year, Shapovalov gave Nadal a tough fight but he suffered a defeat after giving up two match points.

The 21 times grand slam winner went on to say that he won the match luckily but assured the fans that he would be completely focused on improving his game in the match. In the interview he further stated,

“I need to recover things that I missed because of the injury, of course. I need to work as much as I can to be ready in a couple of weeks.

The Rome Open is the final chance for Rafael Nadal to get a bit of game-time and practice as well since the Rolland Garros is approaching fast.

Rafael Nadal would by default be the favourite walking into the French Open since his records on the clay surface precede him and he is currently in a good form as well.