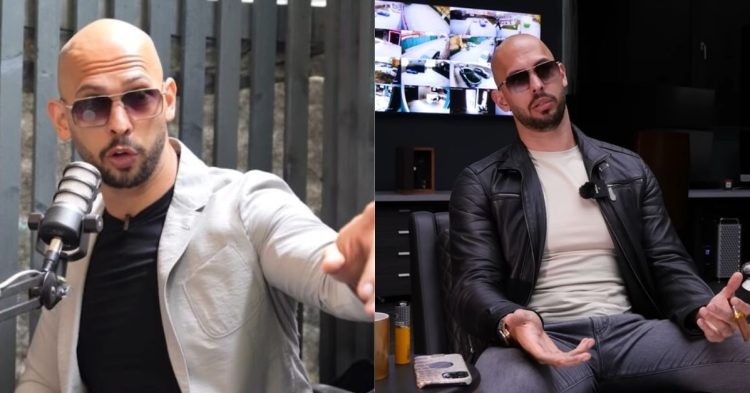 For the past few months, former kickboxing champion Andrew Tate has constantly made headlines for his ruthless opinions on different topics. However, a few days ago Tate’s account was banned from social media platforms like YouTube, Twitter, TikTok and Facebook due to his views on women.

Consequently, the 34-year-old influencer has finally responded to his ban from social media in an hour-long video on Twitter where he reflected upon his videos and slammed people for trimming segments from his streams and blowing things out of proportion.

“To a degree, I am a victim of my own success. People are trying to find any little clip of anything I’ve ever said, remove all the tonality and blow it up to get views and be as controversial as possible”.

“This has culminated in the media believing something about me that is so pertinently false, based on videos I have never made, [which are] purported, accelerated and advertised by people I don’t even know. I’ve become the No.1 villain on earth and I believe that is unjust.”

It is needless to say that Andrew Tate is unhappy with how things are turning out. There is a large segment of the crowd who are against the kickboxer’s views on women. Meanwhile, there are numerous youngsters and people who agree with his point of view on some topics.

Do let us know in the comments section below your thoughts on Andrew Tate getting banned from social media platforms.

Despite being unhappy with the recent ban that he received on social media, Andrew Tate shared some details regarding how he overcame adversities since he was very young in his Twitter video.

“I’m very, very happy that my life has been difficult because it is difficult to become a man of my capabilities without the struggles, without facing adversities and without overcoming often insurmountable odds.”

“Even from a very, very young age, I was taught that going to the authorities and crying and hoping someone else is going to fix your problems is not the way a man conducts himself.”

Tate who is a former kickboxer and has multiple businesses to his name has shared stories of how he and his brother had to work hard in order to earn money when they were teenagers. Many fans relate to his thoughts and have voiced their support for Andrew.

From his statements above, It would be intriguing to see if Tate’s suspension from social media platforms is removed in the next few days, given that there will be a huge outburst online from people who do not like his opinions.

Besides, taking a look at the current scenario, it is highly unlikely that either Jake Paul or Logan Paul will fight him in a boxing match next.