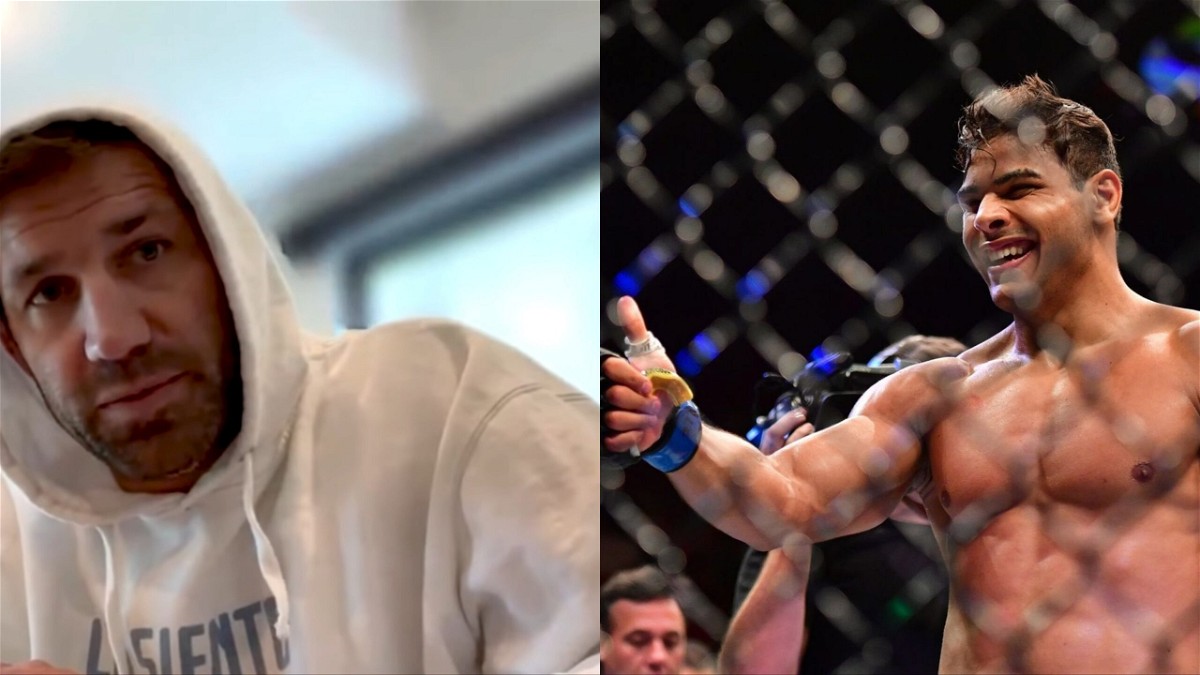 Luke Rockhold has been absent from the UFC since 2019. His last fight came at UFC 239 when he stepped inside the octagon to try out his hand at light-heavyweight. However, the venture did not go in favour of the debutant at 205 lbs. Rockhold was viciously knocked out by Jan Blachowicz.

Since then, Rockhold has maintained a low profile. Although he was scheduled to fight Sean Strickland at UFC 268, Rockhold withdrew from the fight with injuries. However, Strickland was not convinced by Luke’s reasoning and stated that the 37-year old never wanted to fight him.

Talking about Paulo Costa, Luke added, “it’s an option.” He further elaborated, “It’s a very viable option. As long as the terms are met, we could have a dance.”

However, The former 185 lbs champ emphasized the condition that has to be fulfilled if the contest has to take place. Rockhold addressed Costa’s last fight against Marvin Vettori. Costa missed weight by an astonishing amount. The bout was later moved to light-heavyweight due to that.

“I’m not here to fight fu**ing cheaters. If the weight is met (we can fight.) Unless too much wine is consumed, you never know, you know. The weight has to be met. People are trying to take advantages on the game. I’ve killed myself to make weight and do things right. Can’t say the same for the rest. So I ain’t gonna do that again. I ain’t gonna fight a guy that misses weight purposely to gain advantage. F**k no!”

Luke Rockhold talks about his beef with Sean Strickland

The former middleweight champion also commented on Sean Strickland during the interview. A while ago, the latter stated that he wants to fight Rockhold at a parking lot. Luke responded to that as well. He said,

“I don’t have a lot of respect for the man. What that man says, I don’t think anybody does. And I don’t think he really knows what he’s talking about. When you’ve done that many drugs, I don’t know if things come off clearly and there isn’t much thought process to what he does.”

“I think why he’s so affected is because he doesn’t think. He doesn’t know. He just fights with stupidity and it actually benefits him to a certain extent,”

Luke Rockhold also commented on the last fight Strickland had with Jack Hermansson. Giving his thoughts on the performance, Rockhold added that Sean lacks the killer instinct that is required to thrive at the top level of the UFC.