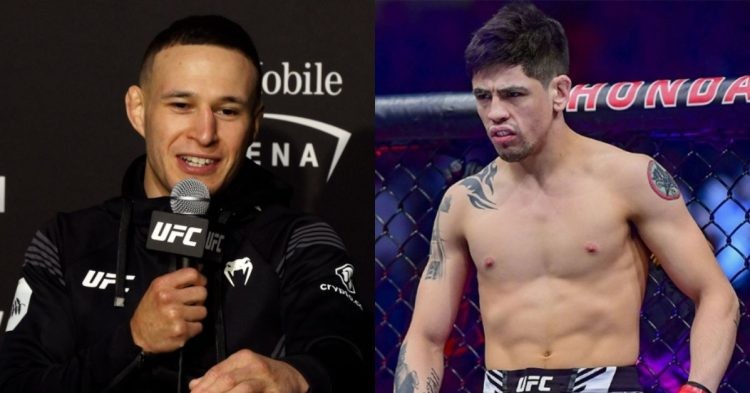 Kai Kara France will be in action this weekend at the T-Mobile Arena as he competes against Brandon Moreno in a rematch for the interim flyweight title that will take place in the co-main event of UFC 277.

The Kiwi flyweight is coming off a terrific knockout win over Cody Garbrandt in his last fight and has earned an opportunity for the the interim title. Speaking about this co-main event bout, both the flyweights have a lot of history.

Hence it is needless to say that the Kai Kara France flyweight contender will be seeking revenge against Moreno after suffering a one sided decision loss in their first fight in 2019. Since that fight, the career graphs of both Moreno and Kai Kara France has shaped upwards considerably.

While speaking in the recently released episode two of UFC 277 embedded series, Kai-Kara-France spoke about how he has evolved from his loss to Moreno and also  sent a stern warning to the Mexican fighter ahead of their rematch.

“I’m looking forward to the challenge. Hard not to like someone that collects Lego, family man, nice guy. But it’s all business and he wants everything that I want and that’s to be a world champion.”

As mentioned earlier both the flyweights have developed significantly and a big example is Brandon Moreno winning the flyweight title at UFC 263 and Kai-Kara France defeating four out of his last five opponents. Therefore it would be interesting to see who emerges victorious in what is anticipated to be a barn burner.

How did the first fight between Kai Kara France and Brandon Moreno play out?

Kai Kara France had a great start to his UFC career with three wins on the trot. Thereafter he was scheduled for a fight against Brandon Moreno at UFC 245. Leading up to this fight, the Mexican flyweight was on the back of two losses and a draw in his last three fights.

It looked like the Kiwi fighter would pick up his fourth straight win. However, Moreno spoiled the party and handed him his first UFC loss by outclassing him throughout the three rounds. The Assassin Baby completely dominated him on the standup with his brilliant boxing skills to win the matchup via unanimous decision.

Now after three years they are all set to clash once again but the stakes are much higher this time around as the UFC interim flyweight title will be on the line. Do let us know who you think will win this UFC 277 co-main event fight between Brandon Moreno and Kai Kara France.