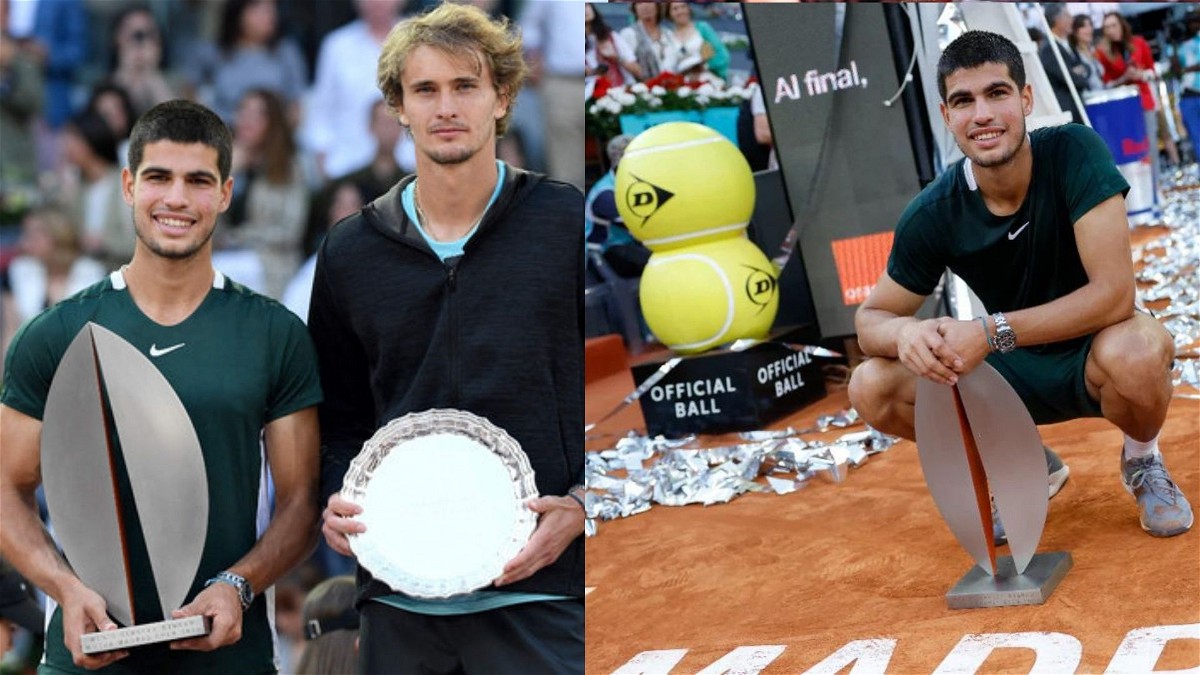 The young Spaniard had to overcome a difficult string of matches against the ‘King of Clay’, Rafael Nadal, World No 1 Novak Djokovic and the finalist Alexander Zverev to earn his second ATP Masters 1000 title after winning the Miami Open earlier this year.

In the post-match interview, Carlos was asked a string of questions pertaining to his red hot form and also how he overcame his previous failures.

He primarily faced questions about his opening-round elimination in the first clay-court ATP Masters 1000 event of the season in Monte Carlo.

To this Carlos answered that his first-round defeat in the Monte Carlo Open against the American Sebastian Korda was imperative and pivotal to his growth which eventually led to his win in the Madrid Open as the earlier defeats helped him to step up his game.

On this he stated,

“As I said in Monte-Carlo, you learn a lot from defeats. I think this is a clear example. I lost in the first round of Monte Carlo, and I learned from that defeat and I started to train for Barcelona and Madrid.”

What is Carlos Alcaraz currently ranked in the ATP rankings?

Exactly 12 months back, Carlos Alcaraz was ranked at 120 in the ATP rankings and had won just three games in the match against Rafael Nadal in the last year’s Madrid Open.

This time around, Carlos is ranked at an all-time high of 6 on the ATP rankings and also got his revenge on Rafael Nadal by beating him in the closely poised quarterfinals.

Carlos is relentless in his pursuit of excellence and on this he stated,

I want to keep on progressing. I have really good shots. I don’t say that I don’t have them, but I know that I can improve them and they can be even better.”

Having watched the event of the Madrid Open as a child, Carlos Alcaraz has completed his journey from a fan to a champion on his home soil.

Carlos reflected on the time wherein he used to come to watch the Madrid Open in the audience as a child, and winning this event in front of his family and friends must surely have been a special moment for the sensational player.