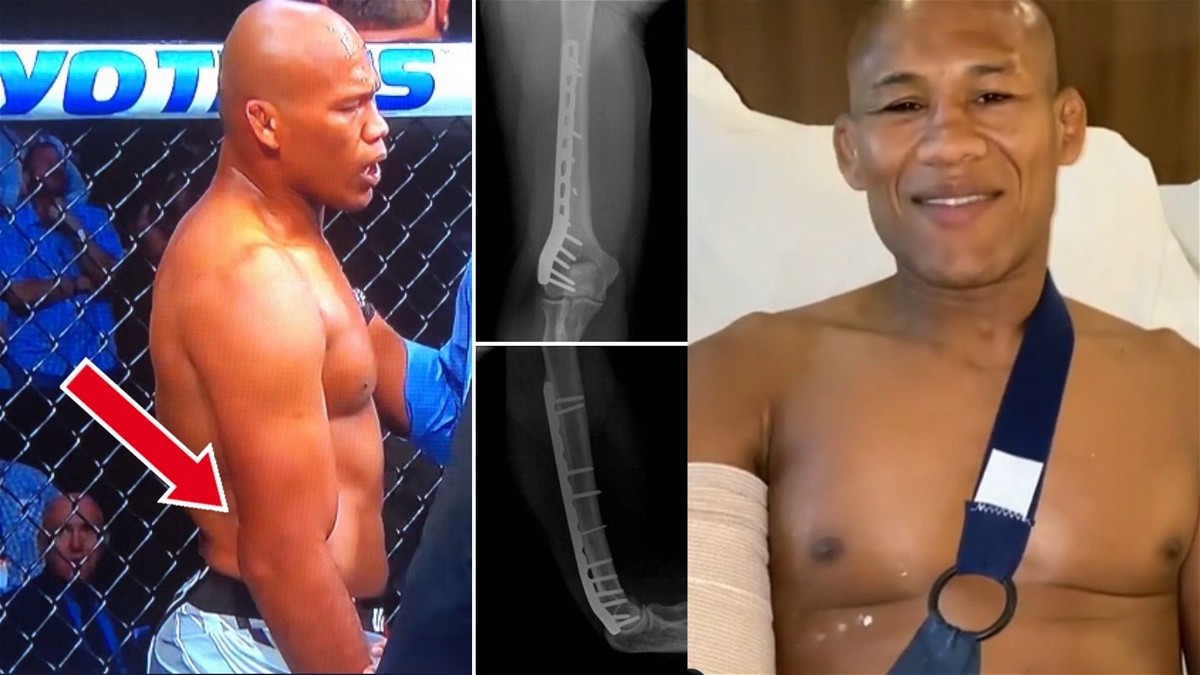 Jacare Souza fractured his humerus against Andre Muniz at UFC 262

Jacare Souza suffered his fourth straight loss inside the Octagon, marking six losses in his last eight professional fights after he suffered a first-round submission loss to Andrew Muniz in the main event of the preliminary card at UFC 262. In what was an unfortunate incident, Ronaldo Souza broke his arm after trying to disengage from a vicious armbar, by trying to get up from his position.

The former Strikeforce middleweight champion suffered a gruesome injury and one that could potentially force him to retire for good. The 41-year old fighter continues to compete at the top of the division despite suffering back-to-back losses and lackluster performances. Last weekend at UFC 262, Souza suffered in what is possibly a career-ending injury against top-prospect Andre Muniz as he suffered the first submission loss in his MMA career.

How did Ronaldo Souza break his arm at UFC 262?

The ace Brazilian submission specialist, and former world champion and gold medallist, suffered the first submission loss of his MMA career in over 37 professional appearances. Souza took to Instagram to address his fans and revealed the extent of his injuries.

“Thank You all for the support and concern. I’m in the hospital with my wife now and my surgery will be tomorrow. Thank you @ufc for all the support I’m having here.”

This isn’t the first time that Jacare Souza got his arm broken during a submission attempt. The Brazilian ace intentionally let his opponent break his arm in order to win the 2004 world championship against a seasoned submission specialist in the form of Roger Gracie.

Souza suffered a broken humerus and should be out of active competition for the rest of the year. Additionally, Souza’s UFC contract could be in question as many fight fans including UFC president Dana White believe that it’s time for the Brazilian fighter to hang up his gloves. Ronaldo Souza has done enough to go down as one of the best mixed martial artists of all time, and if we take into account his BJJ accolades, the Brazilian ace is one of the greatest combat sports athletes of all time.

It will be interesting to see what lies ahead for Ronaldo Souza in his MMA career. Here’s hoping for a speedy recovery for the champion.

Also Read: What Happened With Shane Burgos in the Delayed KO Loss Against Edson Barboza