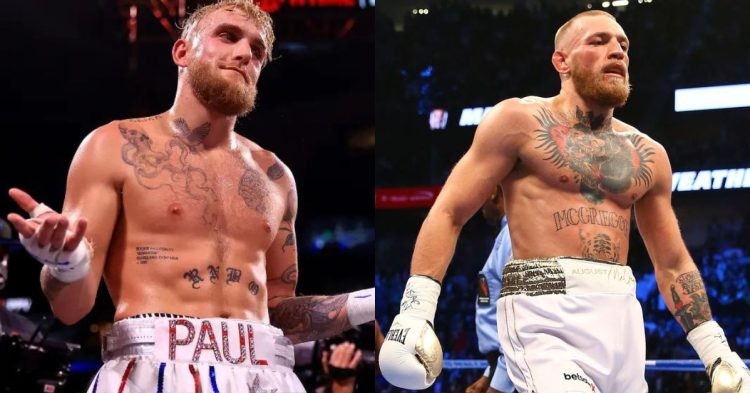 Back in 2020, Jake Paul caught the attention of the entire MMA community when he called out ‘The Notorious’ Conor McGregor. Paul offered McGregor an extraordinary amount of money to step inside the boxing ring but McGregor never seriously responded.

Now it seems like Paul has lost all hopes of McGregor dawning the boxing gloves against him. In a recent episode BS w/ Jake Paul, he said “I don’t unfortunately, Just because he will see what I do to do Anderson Silva and he will say ‘why will I try to make this kid $100 million and lose to him so he can make his name off of me.’ Who knows what that guy is doing? His career is coming to an end.”

Paul further explained “I’m saying that he will make my name so much bigger if I beat him. He is A-side for sure and I would make less money in the fight but that’s speaking right now who knows what happens in the future.”

Paul has time to time fired shots at McGregor, whether it’s criticizing his training footage or trolling him for getting knocked out against Dustin Poirier. McGregor though has never responded to Paul as such, apart from dropping a one-liner here and there. Earlier this year he declared Paul as a “jack***” after he criticized his boxing technique during training footage.

How is Jake Paul preparing for Anderson Silva?

Anderson Silva was and is still considered to be one of the greatest strikers to step inside the octagon. His performances against Forest Griffin and Vitor Belfort in the UFC are still a treat to watch and hence in an ideal world Silva should totally run through a YouTuber-turned-professional boxer. But most probably it won’t be that easy for Silva. Jake Paul, 25, is taking this challenge seriously as he has done for his previous fights.

‘The Problem Child’ currently has a record of 5-0 as a professional boxer since January 2020. Paul was last seen inside the ring against former welterweight champ Tyron Woodley, who he impressively knocked out with one punch. Paul has significantly improved his boxing skills in the last year. He is young and motivated to become the world champion in the world of boxing and seems to be putting in the work. A victory against a massive name like Anderson Silva would certainly boost his confidence to continue on the path he is on.