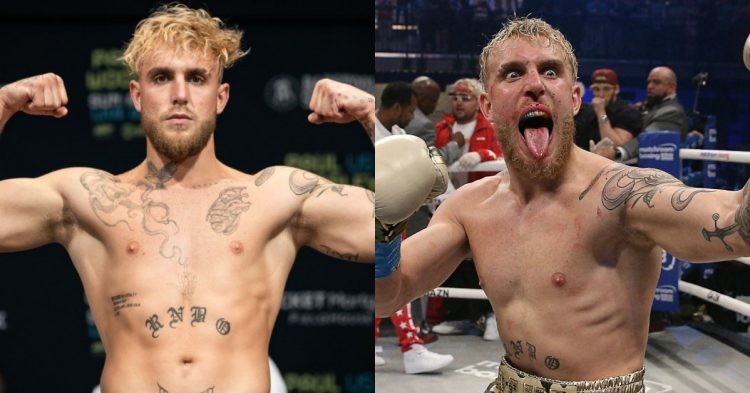 One of the most unlikely boxing superstars in recent times, Jake Paul will be back in action on August 6th. This will be Paul’s 6th walkout to the ring in the last 2 years. He was originally supposed to be facing Tommy Fury this August. But there were complications with Fury’s travelling permits. As a result, Paul will now be facing Hasim Rahman Jr.

Since his debut, Jake Paul has brought over a huge number of spectators. Before becoming a pro boxer, Paul found fame due to his TV career and YouTube channel. At present, Jake has over 20 million subscribers on his YouTube channel. It makes him one of the most successful YouTubers of all time. Hence, his fights are bound to have the eyes of a significant portion of his YouTube audience.

This isn’t sparring anymore 🔥💥@jakepaul & @_HasimRahmanJr settle their score in the ring on August 6th from @TheGarden on @Showtime PPV.#PaulRahman #SerranoCarabajal pic.twitter.com/kUCyiO9rUd

But that theory came under fire after Paul’s last bout against Tyron Woodley. Ironically, the rematch of their first fight on August 29th, 2021 came to be because of Tommy Fury’s withdrawal. Despite knocking Woodley out in the most spectacular way possible, it produced a very unsatisfactory amount of PPV buys. It even made UFC superstar Conor McGregor question Paul’s star power.

So let’s take a look at how many PPVs he has sold so far in his relatively new boxing career.

How many PPVs has Jake Paul sold throughout his boxing career?

Jake Paul’s very first fight of his career was against a fellow YouTuber who goes by Anesongib. The bout took place on January 30th, 2022 in Florida. However, it was not a PPV as DAZN was still applying a subscription model for their fights. Hence, the data on how many people subscribed to watch the bout is unclear.

However, The Problem Child did not have to wait for too long in order to secure his first PPV event. He took on Nate Robinson on November 28th, 2020. But the bout was the co-main event as it featured the return of Mike Tyson. Needless to say, the event was a blockbuster and reportedly sold 1.6 million PPVs. But Paul was the talking point of the night with a brutal KO win over Robinson.

Following that win, People started taking Paul more seriously as a boxer. Jake took a step up in competition as well. He fought former Bellator champion and UFC fighter Ben Asker. The lead-up to the bout was filled with verbals jabs from both parties. That helped to make it a must-see event and it reportedly sold 1.5 million PPVs. Jake ended the bout by knocking Askren out cold!

It led to his first bout against Tyron Woodley perfectly. Woodley was Ben’s sparring partner and he wanted to avenge his friend. The former UFC Welterweight Champion gave Paul the hardest challenge of his career yet and around 500,000 people bought the PPV to witness the bout go down. But the rematch only sold about 65,000 PPVs. However, Jake insists that it sold 200,000 PPVs.