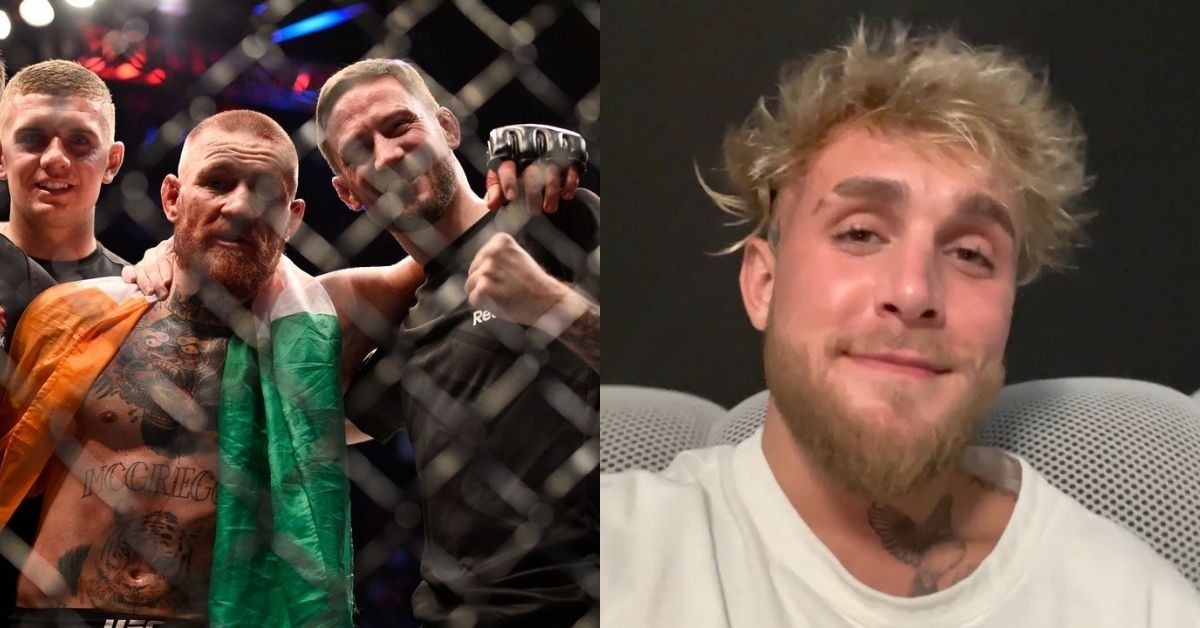 Jake Paul, the YouTuber-turned-boxer, turned down the training offer of Conor McGregor’s renowned coach John Kavanagh, whilst taking a jibe at the former two-division UFC champion.

Paul has been calling out the big shots from the UFC to fight him in the boxing ring. He has also expressed his desire to fight inside the cage; under MMA rules after his TKO win over Tyron Woodley last year.

Amidst Paul’s desires to transition to MMA, he’s hoping to secure a fight with the sport’s biggest name, but ‘The Notorious’  refused to give him a chance and concluded that he doesn’t care about ‘clown’ Jake and Logan.

McGregor’s long-time coach John Kavanagh, previously insisted that he feels no bad blood towards ‘The Problem Child’ despite the fact the American has repeatedly taken shots at his star pupil. He praised Paul’s wrestling background and said that he would be willing to train the Paul brothers in Ireland’s finest gym.

“If Jake walked through the doors, I’d tell him to sign up, pay his fees and get on the mat,” Kavanagh said.

“He would be very welcome here. I’d love him to come by and train here. I’ve heard he’s got a great energy. He’s a great character.”

Upon asking if he would like to train with Conor despite the beef they have, Paul ruthlessly rejected the chance to train at McGregor’s gym despite receiving an open invite to SBG Ireland from its owner, John Kavanagh. Jake Paul has been teasing a move to MMA over the last few months. The YouTube star-turned boxer has made himself one of the most popular fighters on the planet in just a few short years.

‘The Problem Child’ previously announced his intention to cross over into MMA after many skeptics and MMA legends criticized him for always picking on smaller and older opponents to fight under boxing rule.

Recently Michael Bisping took shots at the Paul brothers and dismissed the idea of them fighting any UFC star at that high level under MMA rules.

The Irishman’s coach previously made an offer saying that he’d be willing to have Jake and his brother Logan join in with training at SBG Ireland.

But the social media star, who is 5-0 as a professional boxer and teasing a move to the cage this year, has said that he wouldn’t want to train with Kavanagh, branding the SBG boss a “loser” and a “bum”.

In a recent interview, Paul said:

“I don’t train with losers.”

“So as nice and respectful as that is, coach Kavanagh, you can suck my nuts. And Conor McGregor, you can suck my butthole because I don’t train with losers like that, this guy hasn’t won a fight so why would I want his bum a** coach teaching me.”

Jake concluded that he would not want to train alongside McGregor. He has been trash-talking him for months but it has been mostly one-sided so far, with no desire from McGregor.

Tyson Fury vs Dillian Whyte: Start Time in 10 Different Countries and Where to Watch