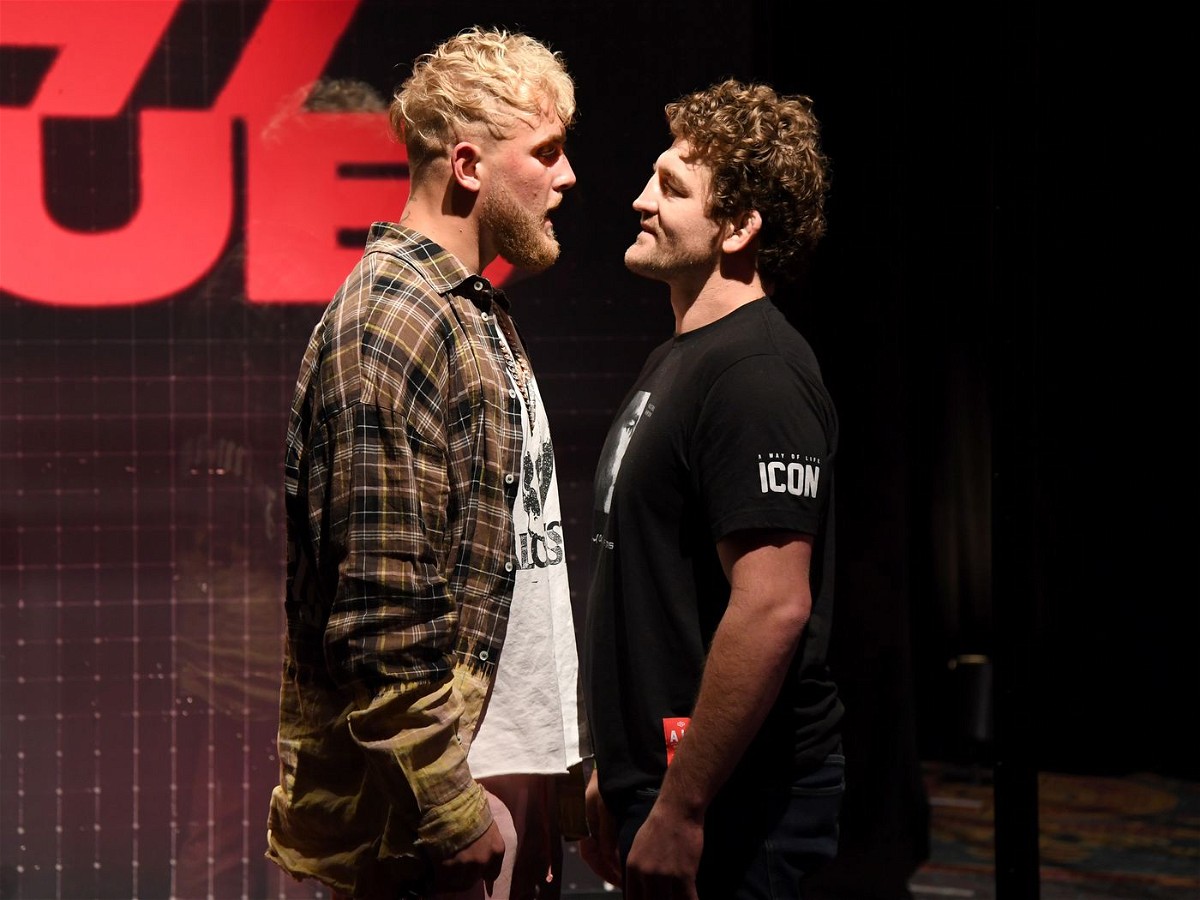 Ben Askren vs Jake Paul is one of the much-anticipated fights of this year although it may sound crazy. Ben Askren is a former UFC title contender, a former Olympian, and the former Bellator and ONE FC welterweight champion. And he takes on a YouTuber who has two pro fights in his resume.

Jake Paul is a better boxer than Ben Askren. Though Askren had a lot of success in his MMA career he was never known for his striking or boxing skills. The only time he ever traded strikes for a long time in a MMA ring was against Demian Maia. And though his striking did not look pretty he did a lot of damage in that fight.

And that’s a huge fact to be considered. Ben Askren looked like a more effective striker than Demian Maia. Askren has fought legit fighters who are getting into the octagon to hurt their opponents. On the other hand, Jake Paul has fought a YouTuber and a NBA player who had never been in any pro fights prior to that fight.

The experience difference between Askren and Paul is huge. But, Paul will not be under tremendous pressure as fans are predicting. He has been a “Bad Guy” his entire life and he has already dealt with high pressure in his last two fights when millions of people were hoping he would lose. But his cardio will be put to test against Ben Askren.

Ben Askren is taking the fight to Jake Paul. Askren won’t try to outbox Paul from the distance especially when he has a huge reach disadvantage. Jake Paul will try to stay at distance and pick apart Ben Askren. But, the former UFC fighter will try to get into a phonebooth fight.

And when a professional fighter is putting the pressure on you then it will be taxing for Jake Paul. There are a lot of unanswered questions about Paul. On the other hand, Askren has been there done that.

There will be dirty boxing from Ben Askren in this fight. Now, the referee might stop the action frequently but that is not going to stop Askren from making the fight dirty.

The first two rounds will be crucial

Jake Paul does not have insane knockout power but he can put Askren in trouble if he lands clean. It’s very unlikely that Askren, who has taken bombs from KO artists like Robbie Lawler, will go down after one punch from Paul. But, it’s a fistfight and if Askren gets hurt on his feet then he will be in unfamiliar territory.

In an MMA fight, there is always an option for Askren to go for the takedown and recover from any damage. But, that won’t be the case in a boxing matchup. If Askren gets hurt then Jake Paul might capitalize on that and secure a stoppage win. But, the chances of that happening is very slim.

Ben Askren should be the favorite going into this fight. And he should win by decision comfortably. We already know who Askren is and what he is capable of and the same can not be said about Jake Paul.

Besides that, it’s insane to think that after a decade-long MMA career Askren has less training experience in boxing than Jake Paul. So the narrative that Askren has training in boxing for a few weeks before the Jake Paul fight is wrong.

Askren is a better competitor than Jake Paul and he will get the job done by a decision on April 17th.

UFC Vegas 24: Jeremy Stephens Gets into a Heated Altercation With Drakkar Klose During Faceoff