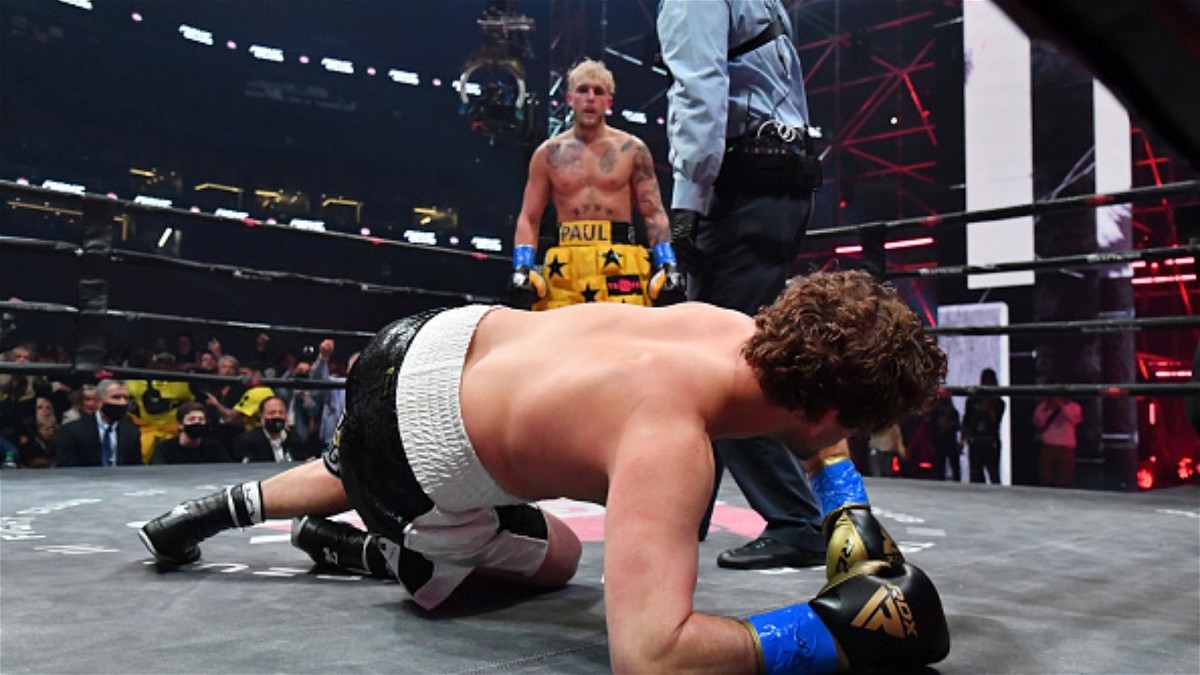 Jake Paul has done it again. While the majority of the MMA and boxing community was rooting against him in his fight against Ben Askren, Jake Paul came out victorious.

There were a lot of narratives going into the Jake Paul vs Ben Askren fight. And one of them was Jake Paul would knock out Ben Askren in the first round. And that’s what happened.

Ben Askren despite training for this fight for 12 weeks could not come up with a proper game plan to defend the early storm by Jake Paul. The overhand right was the most lethal weapon of Jake Paul. And Ben Askren’s stance left his head wide open to take a huge overhand right from Jake Paul.

The fight ended in less than 2 minutes. Going into the fight, Ben Askren was a huge favorite over Jake Paul. But, the outcome of the fight did leave a few fans suspicious.

Many fans on Twitter called the fight rigged. Though it did not look like the fight was fixed the outcome of the fight was surprising, to say the least. However, former UFC welterweight interim champion, Colby Covington believes that Askren took a dive on his pro boxing debut against Jake Paul.

Colby Covington made a bold claim about the fight between Ben Askren and jake Paul on Twitter and said:

“Snake Paul vs Asscream was a work.”

Well, this is not the first time fans have called a high-profile boxing match rigged. After Floyd Mayweather dismantled Tenshin Nasukawa inside one round many fans claimed that the exhibition fight was scripted.

These accusations, however, should not take away the credit Jake Paul deserves for his win. While the majority of the fanbase was rooting against him he managed to beat an accomplished pro-MMA fighter. With this win, there are some huge opportunities ahead of Jake Paul.

READ: Ben Askren will not return to fighting after loss to Jake Paul

Jake Paul can fight other YouTubers such as KSI or he can take on pro-MMA fighters or pro boxers in his next fight. Bellator’s Dillon Danis has already called out Jake Paul for a boxing matchup. It would be intriguing to see who does the Problem Child fight next.