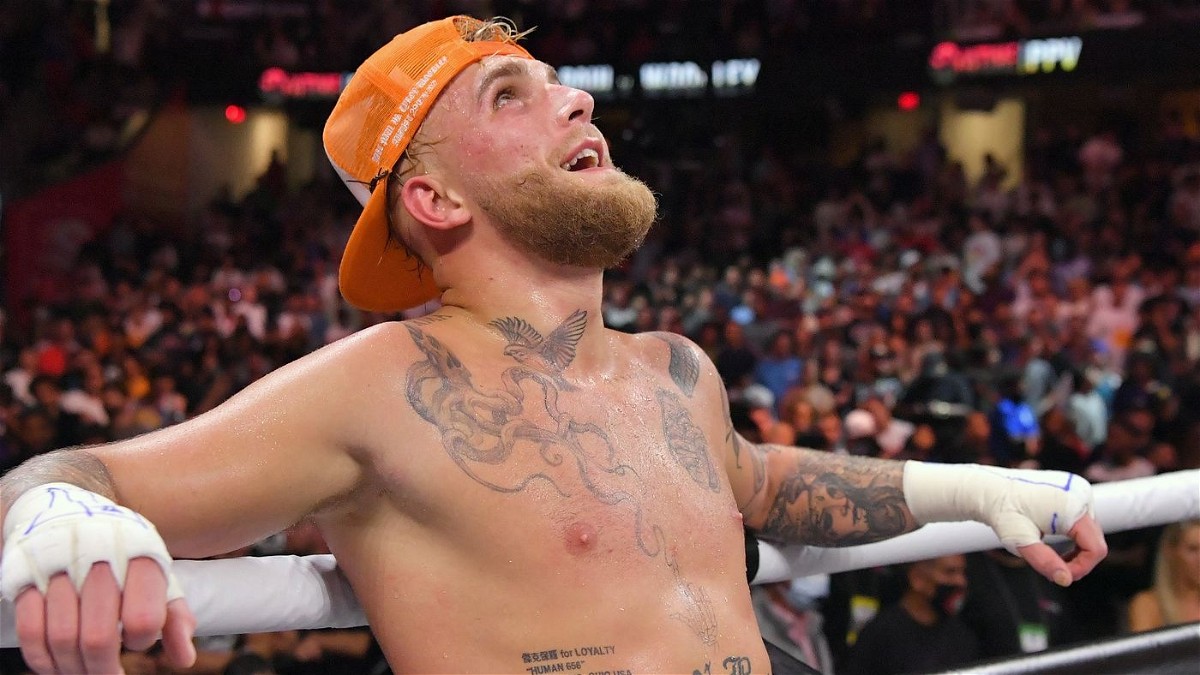 Are audiences fed up with Jake Paul? The number of Pay Per View (PPV) buys for his last outing in a boxing ring might hint towards it. Jake Paul made his name earlier because of his association with Disney as a child star. He later moved over to YouTube along with his brother Logan Paul.

His popularity rose exponentially after becoming a YouTuber. The younger Paul brother made a fortune out of the platform. The 24-year old is also partly responsible for the creation of the genre of ‘YouTube-Celebrity’ boxing. The older Paul brother, Logan boxed a fellow YouTuber in the name of KSI. Jake had his first amateur fight on that card.

However, his first Pro bout came in the rematch of the above-mentioned fight. Jake Paul stopped a YouTube personality called Ali Eson Gib. Afterwards, he absolutely dismantled Nate Robinson and Ben Askren in his next two matches. But his first fight against Tyron Woodley went the full distance and Paul was on the victorious end.

Jake Paul vs Tyron Woodley 2 is a PPV Disaster

Although the first fight did not live up to the expectations of the fans, it was a successful event in terms of PPV buys. It reportedly sold around 480,000-500,000 PPVs. But it apparently left a bad impression on the audiences as the figures for the second rematch has started coming out.

WHAT A SHOT. @jakepaul KOs Woodley in round 6 ????#PaulWoodley pic.twitter.com/oTV3xeNtfg

The rematch took place on December 18 in Florida. After a tentative start to the fight, Jake Paul finished Tyron Woodley with a thunderous right hook echoed around the world. But it did not reflect on the final PPV figures. Steven Muehlhausen, who is a reporter for DAZN, is reporting that the event sold around 65,000.

Although the streaming numbers have not been revealed yet, Jake Paul vs Tyron Woodley 2 reportedly sold only an estimated 65,000 PPVs. It is a massive letdown as the event got the bulk of the coverage despite being one of the 4 combat sports events that weekend.

It does not necessarily mean that Jake Paul fights will be any less attractive for his potential opponents going forward. However, it does bring up the question of whether his appeal to the fans have faded or not. If the sales are not up to the expectations, then it will be very interesting to see how the celebrity boxer manages his career in the long run.