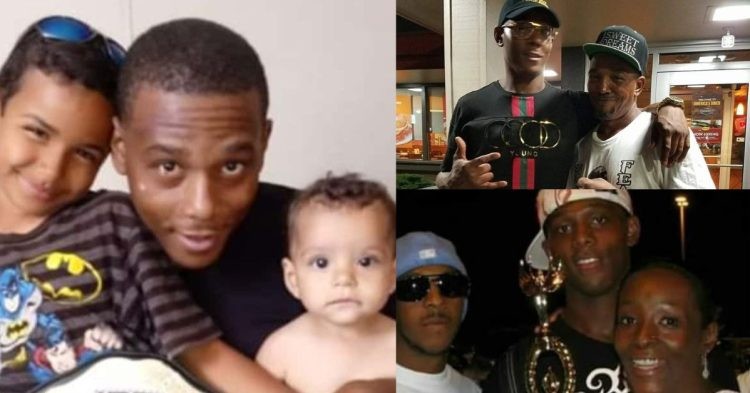 Light heavyweight prospect Jamahal Hill has taken the UFC by storm since making his debut in 2020. The 31-year-old fighter has impressed everyone with his striking skills and has also risen to the top 10 of the division in just six fights.

Sweet Dreams has won four of his six fights out of which he has defeated big names like Johnny Walker and Ovince Saint Preux. In a short span, Hill has shown great potential with his standup skills and knockout power and subsequently, he has all the tools to be a future title contender.

However, before getting closer to challenging for the belt, he will have to overcome the biggest obstacle of his UFC career on August 6th as he takes on Thiago Santos in the main event of UFC Fight Night. Although let’s shift the topic from his upcoming fight and professional career and take a look at his beautiful family life.

Jamahal Hill was born on May 19th 1991 in Chicago, Illinois, in the United States of America. Sweet Dreams shifted to Michigan when he was 12 years old and graduated from Rogers High School. Initially, Hill played basketball for his school. However, he shifted his focus to Mixed Martial Arts in 2017 and subsequently, made it his goal to become the greatest fighter.

The 31 year old light heavyweight fighter has a younger brother. However, there isn’t any information about his brother’s age and name. Moreover, Hill has also not revealed the names of his parents. It seems that Jamahal wants to keep his parents away from all the social media glamour.

There is no information available regarding Jamahal Hill’s current marital status. It seems that the light heavyweight fighter likes to keep his family life private from social media despite being very active on Instagram. However, Sweet Dreams who is a father of six children actively shares pictures of his kids on Instagram.

Hill’s kids play a major role in his professional career. Owing to his interview with UFC ahead of his UFC 263 fight, he said that they bring him back to reality and help him stay grounded.