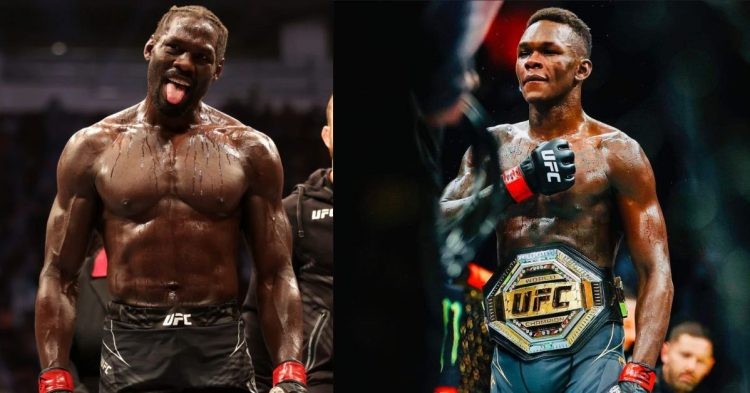 Jared Cannonier takes on Israel Adesanya in the main event of UFC 276 for the UFC’s Middleweight Championship. It promises to be an exciting match-up between two of the most lethal strikers in the division, and fans can expect fireworks when it all goes down.

While Israel Adesanya maintains he will make easy work of Jared Cannonier, the Killa Gorilla is not taking the trash-talk too seriously. Ahead of the fight, Cannonier appeared on the Submission Radio and shared his thoughts on the match-up.

“He thinks it’s gonna work because, you know, they keep playing on this heavyweight thing. Me being heavyweight is due to undiscipline, not due to my lack of skills, not due to my knowledge of the work we are doing here. So, it’s gonna be a completely different fight. I am a completely different fighter on who I am fighting as well, and that’s what people don’t recognize.” Cannonier said.

It goes without saying, Israel Adesanya has emerged as one of the most dominant champions in modern UFC history. The Stylebender has cruised through all of his opponents in the middleweight division and continues to cement his dominance as an all-time great. Be that as it may, Cannonier will not be an easy fight.

Cannonier stood true to his words when he promised fans he will turn Blonde Brunson into Blood Brunson as that’s what happened with Killa Gorilla picking up a brutal stoppage win back at UFC 271. Ahead of the title fight, Cannonier seems to be carrying the same mindset and that’s a bad sign for Israel Adesanya.

“I am going in there with a go. It’s gonna be a different fight. You know what I am saying, I am not going to try to the decision, I am not trying to go to the scorecards with this man, I ain’t trying to have five rounds war with him.” Cannonier said. “The longer I am in there with him, the better chance he has with winning it.” He added.

Israel Adesanya is quite a mystery and it’s safe to say that as a point-fighter, he gets the edge every time owing to his incredible reach and distance management. Adesanya showed this during his fight against a comparatively passive Yoel Romero and proved it yet again against Robert Whittaker in the rematch.

Jared Cannonnier’s mindset of keeping the fight short definitely gives him some edge but also puts him right under the bus against one of the greatest counter-punchers in the history of mixed martial arts.