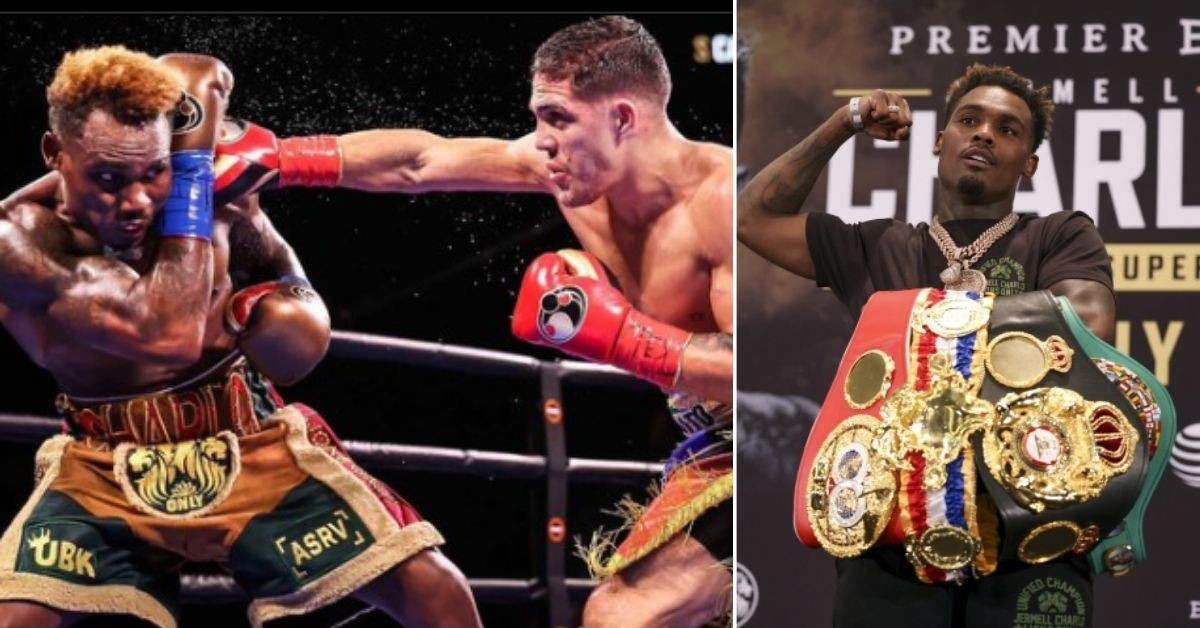 The first fight between Charlo and Castano ended on a split decision draw. It was a highly entertaining bout. While Castano got the upper edge in total punches landed Jermell Charlo always had the lead with power punches. However, in the rematch that was not the case.

Jermell Charlo vs Brian Castano round by round coverage

It was a feeling-out process for both the boxers in the first round, with both the challenger and champion increasing the pace in the closing moments of the first round.

After a fairly sloppy first round from Jermell, the unified champion came out much more aggressive in the second round. Once again, Castano was the one to pressure Jermell, with the latter’s left hook connecting on several occasions. Castano ended the round dominantly, landing a straight right hand and forcing a sneaky smile from Jermell as the round came to a close.

Some amazing combinations in the third round from Jermell, who looked much more improved in the third round. The unified champion connected several counter punches and had very little success compared to the first two rounds.

A fired-up Castano came out strong in the fourth round, pressuring Jermell to the ropes and landing some good body shots. Castano had great success in counterpunching, landing a vicious uppercut, and getting into an ugly exchange to close the round.

Charlo and Castano put on an incredible performance in the rematch

The counter left was always there in the pocket for Jermell and he made sure Castano paid the price on an advancing Castano to kick off the fifth round. However, a beautiful counter from the challenger stunned Charlo who had to force a clinch. Be that as it may, Charlo returned with a solid left hand to follow up with a straight to dominate Castano for the last thirty seconds of the round.

A slugfest in the sixth round saw both Charlo and Castano landing some powerful shots. While Charlo had more moments, Castano did not look out of place at all. Once again, a razor-close fight going to the seventh round, and both Charlo and Castano looked a lot less active comparatively. Castano finished the round strong, pressuring the Champion till the bell rang.

However, Charlo looked much more in control and showed great head movement. Heading into the eighth round, it was Castano’s sneaky right hand that stole the attention. Once again, there was constant pressure with Charlo trying to pick his shots.

Jermell Charlo is the Undisputed Light-Middleweight champion of the world

Charlo landed a beautiful jab and a straight right hand to stung Castano. The Unified Champion showed incredible footwork and got in some good shots in the end.

A vicious right hand sealed the deal in the tenth round as Jermell Charlo stopped Brian Castano with a brutal left hook to the body that knocked-down Brian Castano.

Incredible finish from Jermell Charlo in R10 of a great fight.

The undisputed champion at 154 handled his business. Amazing. #CharloCastano2

It looked like the referee would call the fight after Castano tripped backward the moment he got up. However, the match continued with a wobbly Castano eating more power punches before going down on the canvas.

Why Ion Cutelaba Is Called The Hulk?